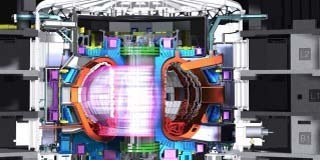 Fusion reactors may be a financially viable way to meet world energy needs, according to research led by Durham University.