Whatever happened to the great European fracking boom? 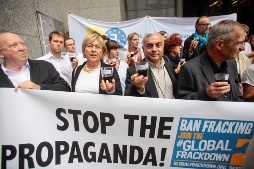 Dr Liam Herringshaw in The Conversation explores why the European shale gas boom has not materialised in the way that some were predicting.

"We are a far cry from the situation a few years ago, where interest in fracking in Europe was gathering pace on the back of the successes in North America. The UK appeared to be leading the way, with drilling activities in north-west and south-east England. Companies started snapping up exploration licences right across the continent, and prospects from Scandinavia to the Urals found themselves being eagerly appraised.

So what’s happened, and what do the prospects for Europe look like now?"

Read the full article in The Conversation 'Whatever happened to the great European fracking boom?'