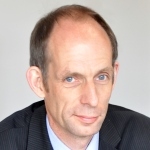 Simon Hogg responds to the Sunday Telegraph article on government
payments to wind companies to keep turbines switched off which aim to regulate electricity supplied to National Grid.

The article highlights that according to the think-tank Renewable Energy Foundation (REF) there has been an increase in payments from £5.9m in 2012 to £53m last year. The article argues that this “is causing growing concern in Whitehall that payments are spiralling” and Dr John Constable, the director of REF, attributes this to a “reckless policy of wind farm construction”.

However DEI Director Simon Hogg, argues that the increase in these payments should be seen as a positive reflection of growing amounts of wind capacity and generation and an important contributor to securing future energy supplies.

“Payments for non-generation are not unique to the wind sector. As the article points out the payments only apply to a very small percentage of the time that wind turbines are available to operate. So, what we see with increasing payments is what we should expect from a new industry with rapidly growing amounts of wind capacity installed and the farms that are installed maturing such that their operation improves and their availability increases.

We need to and are investing in improving the capacity of the electric power transmission system including inter-connectors to other countries, in order to help to alleviate the need to pay wind operators for non-generation as capacity grows. The trick is to keep all of these investments in balance to the overall benefit of the consumer, not only in terms of cost but also in terms of securing future energy supplies. Which is what is happening. If you want to retire previous generation coal fired power plants for carbon reduction reasons, as we are doing - you have to do something new to fill the gap and meet any growth in demand!’

Read the DECC response to the letter https://www.gov.uk/government/news/response-to-sunday-telegraph-coverage-of-constraint-payments-report