Workshop on grid infrastructure and public acceptance in London 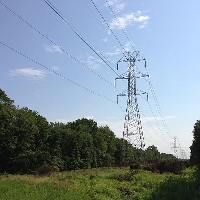 Participants from across Europe met to discuss the challenges of gaining public consent for grid infrastructure. The workshop marks the end of the SusGrid project - a collaboration between the Norwegian research center CEDREN, University of
Exeter and Durham University's Professor Tooraj Jamasb and Wenche Tobiasson.

Several countries have major plans to upgrade their grids, for a range of reasons including connecting new, climate neutral energy production as well as needs related to maintain and increase security of supply. However, in many countries, plans for new high voltage power lines have often been met with strong opposition and there is general agreement that grid companies as well as responsible authorities need to address the challenges related to public engagement and participation to better reconcile these conflicts.

This week nearly 50 interested people from several European countries met to discuss challenges of improved public involvement in high voltage grid planning processes. Representatives from grid companies and transmission system (TSO) operators in Norway and the UK, as well as energy authorities, NGOs, researchers and other stakeholders from across Europe attended the workshop, which was hosted by the project SusGrid and the University of Exeter.

The workshop presented key findings from the SusGrid project, a four year interdisciplinary project with primary funding from the Norwegian Research Council. The project has included international research cooperation, primarily between the Norwegian research center CEDREN, and two UK universities; University of Exeter and University of Durham. The project started in the aftermaths of highly controversial projects such as Beauly-Denny in the UK and the Hardanger (Sima-Samnanger) project in Norway. The workshop offered opportunities for grid companies and authorities to share their experiences and their recent efforts to enhance dialogue and participation as well as providing input from stakeholder groups both concerning climate and landscape conservation challenges. Obviously, the challenges raised in the workshop are often similar across countries and regions.

The SusGrid project provides significant knowledge input to develop more sustainable grid regimes and to foster understanding of public acceptance of new power lines. Findings suggest that the key factors promoting acceptance of power lines include trust in the TSO, fair and meaningful planning procedures that involve local residents, mitigation of visual and other environmental impacts and the adoption of a sustainability approach to environmental benefits.

Read more about results from the Susgrid project.

Presentations from the workshop.