Gas can be a bridge to a low carbon future, new research says 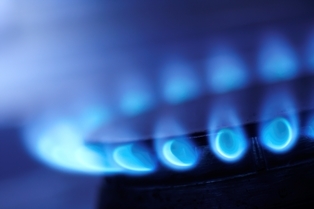 Gas could play an important role as a ‘bridging fuel’ to a low carbon economy, according to new UK Energy Research Centre (UKERC) research co-authored by DEIs Professor Gavin Bridge.

A major new piece of research outlines the role gas will play as a 'bridging fuel' to a low-carbon economy, but warns that it won’t be long before gas becomes part of the problem rather than the solution.

To prevent global temperatures rising above 2oC, the research suggests that further gas use will be needed in the short term to replace coal and complement the increases in low carbon energy sources that must also occur.

However, this is dependent on gas use beginning to fall in the late 2020s and early 2030s, with any major role beyond 2035 requiring the widespread use of carbon capture and storage. There is also significant geographical diversity in the role that gas can play in addressing climate change; with a very limited use in some regions and an extended and strong role in others.

Changing global demand patterns and uncertainty in the long-term prospects for gas may limit the investment required in new infrastructure. This could increase uncertainty and expose countries like the UK to price volatility in international gas markets.

Professor Bridge contributed to ‘The UK’s Global Gas Challenge’ - one of two companion research reports. He said: “In just over a decade the UK has gone from being self-sufficient in gas to importing about half of the natural gas that it consumes – mostly from Norway.

“As the UK’s gas import dependence has grown, it has essentially been ‘globalising’ its gas security, potentially increasing the exposure of UK consumers to events in global gas markets.

To date the UK has shown resilience to international supply constraints, such as the Russia-Ukraine crisis and conflict in the Middle East. Stress tests have shown that the UK can draw additional supplies from Norway and the global LNG market. However, as domestic production declines, the UK’s reliance on Norwegian gas will grow. Existing Norwegian fields will begin to decline in the 2020’s and the UK may have to access its gas via the continental market. This may undermine UK energy security.

The prospect of a UK shale gas revolution has been touted as a solution to our security of supply concerns. However, production over the next decade, the key time-period where gas could act as a transition fuel, is unlikely to be of sufficient scale to significantly reduce UK import dependence or gas prices.

Instead of banking on shale, UKERC recommends rapidly expanding investment in alternative low-carbon energy sources and investing in more gas storage, which would help protect consumers against short-term supply disruption and price rises. Industry unwillingness to invest in additional storage is symptomatic of the high level of uncertainty surrounding future gas demand in the UK.

UK gas security is now intimately linked to developments in both the European and global gas markets and there is great uncertainty in both. What is required from government is a policy of ‘gas by design’ that plans now for the changing role of gas in the UK energy mix; ensuring future UK gas security and a smooth transition to a low carbon

The UK Energy Research Centre is publishing two companion reports to support this research, both can be downloaded from the UKERC website: