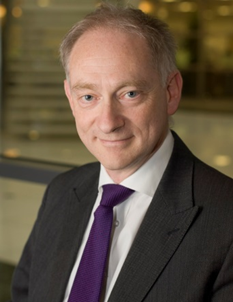 DONG Energy Wind Power’s Country manager, Benj Sykes, was today announced as the new co-chair of the Offshore Wind Industry Council (OWIC) by Business and Energy Minister, the Rt. Hon Michael Fallon MP, who also co-chairs the group. Benj is a member of the DEI Advisory Board and DEI development Board and was recently a panellist in the DEI-DONG Energy debate 'Will the lights really got out?'.

The Offshore Wind Industry Council (OWIC) is the strategic partnership forum between Government and the offshore wind industry. OWIC’s role is to drive offshore wind deployment, bring down costs and build a successful, competitive UK-based industry. It oversees delivery of the Offshore Wind Industrial Strategy, which sets out how the industry and Government work together to deliver growth in the sector.

Mr. Sykes replaces Keith Anderson, the Chief Corporate Officer of ScottishPower, who has held this role since 2010, and will remain a member of OWIC.

The skills and experience that Benj brings are a real boost to the Offshore Wind Industry Council following the excellent work of the previous co-chair, Keith Anderson.

The UK is currently the best country in the world to invest in offshore wind. I’m looking forward to working closely with Benj to continue to build a competitive and innovative UK offshore wind sector that brings jobs, exports and economic benefits for the UK.

Benj Sykes is UK Country Manager, DONG Energy Wind Power and before working with DONG he held a number of positions with The Carbon Trust, including the Director of Innovation role.

Before working in the low carbon sector he gained significant experience in the oil and gas sector, mainly with Hess Corporation.

OWIC has an important job in helping to drive the UK’s offshore wind industry forward. I’m looking forward to taking on this exciting and challenging role, and working closely with Government and the members of OWIC to drive down the cost of offshore wind and deliver a competitive and diversified supply chain, ensuring that offshore wind delivers on its potential to play a vital role in the UK’s energy mix for many years to come.

Read the full press notice on the DECC website