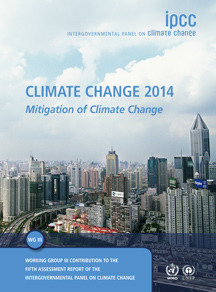 The report recognises that a global and coordinated response is required to effectively change our energy mix and behaviors to mitigate against climate change. It also shows an increased appreciation that it is more important to act now to prevent further accumulation of GHGs in the atmosphere rather than wait for more certainty at a later date.

The IPCC report considers a variety of different options apart from the usual call to increase the uptake of renewables, including advocating replacing coal with gas, deploying Carbon Capture and Sequestration (CCS), technical and behavioral changes for all transport modes, reducing carbon intensities of fuels, reduction of building sector energy demands, generally improving energy efficiency across all sectors, DEI research supports the argument that a variety of energy generation technologies is essential if we are to meet the energy demands of the future.

DEI also welcomes the report’s recognition that climate change mitigation and adaptation policies often affect people unequally with the costs and benefits of reducing climate change actions varying between poor and rich nations, as well as within nations between different social groups and areas.