Will the lights go out on UK households? Professor Bialek speaks to the Newcastle Journal 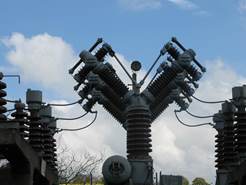 Professor Janusz Bialek, Chair of Electrical Power and Control at Durham University and a world-leading expert in energy infrastructure, spoke to the Newscatle Journal about whether UK households and businesses are really facing electricity blackouts in just a few years.

Professor Janusz Bialek, Chair of Electrical Power and Control at Durham University and, a world-leading expert in energy infrastructure spoke to the Newscatle Journal about whether UK households and businesses are really facing electricity blackouts in just a few years.

Janusz has advised the UK Government, the International Energy Agency and European Commission on energy supply issues. In 2012 he was also seconded to Department of Energy and Climate Change (DECC) as DECC/EPSRC Science Policy Fellow.

“EMR (Electricity Market Reform) aims to prevent the lights going out, but it may cause them to go out. We have been waiting two years for clarity, but the main issue at the moment is that the EMR process is creating uncertainty in the system.

“It’s very dangerous from the suppliers’ point of view as it can take three to five years to build a power station. We have lost two years already and it will be another one before it is approved, then the Government proposals may fall foul of EU state aid regulations, and if that is so the consequences will be disastrous.

“Renewables won’t deliver in time because the costs are too high. The Government is caught between a rock and a hard place and we may run out of power.

“Will the lights go out? No one really knows, but I don’t think they will. However it’s an unsymmetrical risk. Say the risk is only 10% that is still quite high, because if the lights do go out the bill will run into billions of pounds and will cause huge disruption to society. If the economy picks up, and we start to grow like China, or if we have a spell of bad winter weather with temperatures of minus 20 degrees then we might be in deep trouble.

“This could lead to rolling blackouts. They will be done in a controlled manner but people will die. It will be very serious.

“The Government is acutely aware that if that does happen they will be judged incompetent and will be done for generations. Electricity is our most important infrastructure. If the lights go out then life as we know it will stop.”

To view the draft Energy Bill and monitor the progress of the Bill go to http://services.parliament.uk/bills/2012-13/energy.html