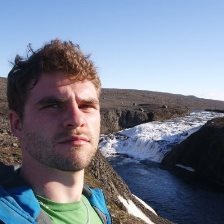 The demand for renewable energy resources is increasing, hydrocarbon exploration and production costs are increasing, and moving to a low carbon energy economy to protect the future of our environment is becoming paramount. Currently the main focus of renewable energy, in Scotland, is on sourcing renewable electricity, however the greatest use of energy both domestically and industrially is water and space heating.

Low temperature geothermal systems are a significant and largely untapped heat resource which could be utilised domestically, commercially and industrially. However, as low temperature geothermal resources are an emerging energy resource, there is an increased risk associated with drilling for them, particularly heat and water flow. These are the two essential components for drilling successful geothermal wells. This paper concentrates on de-risking the heat component of geothermal wells. How to reliably determine heat flow from boreholes, with just a temperature measurement, and then using the data to predict deep subsurface temperatures more reliably than the currently used extrapolation of measured temperature.

The method demonstrated in this presentation will show how a thermal conductivity model can be applied to boreholes with temperature measurements to acquire a heat flow value. The heat flow value can then be applied to a near match stratigraphic model to give rates of temperature increase with depth more reliably than geothermal gradients. This has been tested on three boreholes with bottom hole temperature measurements on the Clackmannanshire syncline. Using just the temperature gradients associated with these boreholes, it would appear a substantial amount of heat is being transported from the limbs to the plane of the syncline. However, once the heat flow model was applied to these boreholes a different scenario emerged. Thus demonstrating how the model can be used to better understand heat movement within the geothermal system, lowering the risk of drilling by identifying the best locations and depths to drill.