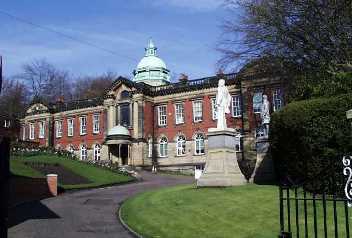 What role will fossil fuels play in future energy? Debate

This question needs to be addressed in the light of two recent, related and potentially contradictory events. The first is the plummeting price and increased availability of oil, which is linked to parallel decreases in gas prices. Economists cite a variety of underlying reasons for this, including the slow-down in China’s economic growth and the expansion of fracking operations, particularly in the USA, which has been restored to self-sufficiency in oil production. The second event is the negotiation of the 2015 Paris Agreement on the abatement of climate change by limiting average global temperature rise to 1.5 °C.

Our debate takes place early in the critical twelve months following Earth Day 22 April 2016 to Earth Day 2017. During this period, if the Paris Agreement is to become legally binding, it must be signed and ratified by 55 countries that collectively produce at least 55 percent of global greenhouse gas emissions. The 1.5 °C goal will require zero emissions to be achieved sometime between 2030 and 2050.

Is it possible to harness, fossil fuels of all kinds - coal, gas, oil – whilst striving to achieve this goal? Do they have a part to play in the orderly transition to low carbon energy economies with zero emissions? Or, do fossil fuels only hinder political and economic commitment to new economic futures through which the processes of climate change could be stabilized? These are the overarching questions at the heart of our debate but to arrive at clear, detailed answers we need to address other related questions.

If you would like to contribute a question to the debate ahead of time, then email it to dei.admin@durham.ac.uk or or through twitter using the hashtag #fossilfuelsfuture

To register for this event please visit https://www.eventbrite.co.uk/e/what-role-do-fossil-fuels-play-in-future-energy-tickets-22216695735.

18.15-18.20 Presentation by Paul Younger on ‘Underground coal gasification with carbon capture and storage: leave it to the Chinese?’

18.35-18.40 Presentation by Alan Lowdon ‘Offshore or onshore? The Answer is Blowing in the Wind!’

David Hopper became a coal miner on leaving school and was employed at the former Wearmouth Colliery in Sunderland. His first political awakening was during the 1970s National Miners Strikes and he became involved in the Miners Union locally as a result of these disputes. In the mid-1970s he was elected onto the Lodge Committee at Wearmouth and was soon elected as Assistant Secretary becoming Secretary in 1980. He served on the Area Executive Committee of the NUM (Durham Area) and following the historic 1984/85 strike for jobs he was elected General Secretary of the Durham Area in 1985. This is a position he still holds although the organisation has now reverted to its original name of Durham Miners Association. David has played an active role in the Labour Party at local branch and constituency level. He has served on the Regional executive of the Labour Party for many years and was a national lay auditor before becoming somewhat disillusioned by Tony Blair and the expenses scandal.

Barbara Vest was appointed to the Management Team of Energy UK as Director of Generation, Generation Division in June 2012. Barbara is a member of the Executive Council of the House of Commons All Party Parliamentary Group for Energy Studies. Barbara serves as an elected Industry Member of the Balancing and Settlement Code Panel, Panel Sponsor of the Imbalance Settlement Group and Chair of the Joint European Stakeholder Group established by National Grid to manage the introduction of the Third Package European Network Codes. Barbara also is an industry member of National Grid’s Stakeholder panel. Barbara is Vice Chair of the APX UK Member Gas and Power Product Board and a member of the Electricity Arbitration Association Standing Committee. Barbara is also a member of Durham Energy Institute’s Advisory Board.

Andy Aplin has a background in Environmental and Earth Sciences. His career started at BP where he spent several years as a researcher on problems related to oil exploration and production. Moving north, first at Newcastle and then Durham University, Andy’s work has focused on geoenergy, including “conventional” oil and gas, CO2 storage and in recent years the charged issue of shale gas. He is currently Director of Durham’s CeREES Centre for Geoenergy, with a focus on ensuring that subsurface energy resources are exploited not only effectively, but also cleanly and wisely.

Paul Younger has enjoyed a varied career ranging from early days in pure science (principally geology), through water resources and environmental engineering (especially groundwater engineering), on through mining environmental engineering to energy engineering. Paul’s current research is entirely focused in the energy sector, and besides engaging with the broad challenges of keeping the lights on and homes and businesses warm whilst decarbonising our energy systems, he focuses specifically on three areas in which his particular skills and experience can be put to best use: Geothermal Energy, Responsible use of Fossil Fuels and Hydropower.

Alan Cummings worked at Easington Colliery from 1963 until its forced closure in 1993. He worked his way through most coalmining jobs before eventually becoming a coalface machine operator. Alan was elected in 1975 as the Union Committee rep for his coal seam, and elected lodge secretary 1976 until 1993. Alan was also a member of the area executive committee on several occasions. From 1987-1991 Alan was also elected as a rank and file member of the National Union of Mineworkers executive. Alan gained a Churchill Fellowship in 1976 which involved nine weeks studying safety in the American coal industry.

Alan Lowdon has over 25 years' experience of the international energy and water sectors having worked in major corporations such as NEI/Rolls Royce Industrial Power, PB Power, British Gas, Suez Lyonnaise des Eaux, Shell, Mott MacDonald and Sinclair Knight Merz. Alan was also previously Director of Technology & Innovation at Narec (now the Offshore Renewable Energy Catapult. Alan currently operates a broad portfolio of interests of an executive, non-executive and advisory nature, including holding the CEO position at asset inspection start-up business, Invisotech, as well as advisory roles in relation to the Green Port Hull initiative, the University of Strathclyde’s Technology & Innovation Centre and water purification technology business, CatalySystems. Alan also advises the UK Government’s innovation agency, Innovate UK, and the US Department of Energy and holds non-executive director positions at the Port of Blyth, the Innovation Board of the North East Local Enterprise Partnership and Innovation North East Ltd. Alan is also the Chair of Durham Energy Institute’s Advisory Board.

Jonathan Elmer graduated from Aberystwyth University with a degree in Environmental Biology at 1991 and has spent the last 22 years in various roles throughout the private and public sectors, all of which have been connected with integration of social, economic and environmental development. Jonathan moved to Durham in 1997 and worked for Council’s across the County in countryside and environmental roles. As Sustainable Development Manager with Durham City Council he provided technical advice on transport, energy efficiency, ecology, conservation of natural resources, waste minimization and open spaces. More recently, he established a social company called Democratise which is dedicated to increasing local participation in decision making.

Simon Hogg returned to academia from industry in January 2010. He holds the DONG Chair in Renewable Energy at Durham University and is also the Executive Director of the Durham Energy Institute. He is a mechanical engineer with research interests in the general areas of power generation conventional steam and gas turbine plant, wind turbines, energy systems and waste heat recovery. Simon graduated with a BSc and PhD from University of Manchester, and initially held University posts at Oxford (Research Fellow) and then Leicester (Lecturer) Universities. He joined Alstom’s power generation division in 1998, working first in Steam Turbine R&D and in Alstom’s Steam Turbine Retrofit Business becoming Engineering Director in 2007. Since he returned to academia at Durham University he has had a pivotal role in re-focusing turbomachinery research at the University on power generation turbines. Simon is a Chartered Engineer and Fellow of the Institution of Mechanical Engineers.

The Miners Hall was opened on 23rd October 1915. The Union moved there from its’ purpose built offices in North Road, Durham and at the time of the opening of the new premises the membership had swollen to 120,000 miners organised in 200 lodges.

Within the main building there is a sweeping auditorium and platform, an impressive reminder of the strength of the Union when the Coalfield was at its peak and a number of impressive paintings and memorabilia.

The building is still used as the headquarters of the Durham Miners Association.