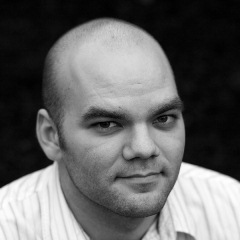 The DEI seminar will focus on Planning in a Cascading Hydro System in the North West United States.

Hydroelectric power is a fuel limited resource.  A cascading hydro system takes special consideration on how to best coordinate the use of the limited fuel to maximize power production and value.  However, hydro power often has special operations that move away from optimal coordination to mitigate environmental impacts as well as supporting navigation and recreation.  Integrating wind power into this already complex set of operational constraints adds another layer of complication.

The Pacific Northwest has around 33,000 MW in hydroelectric generation nameplate capacity which serves an average regional load of about 22,000 aMW.  Only 24,000 MW of this can be counted on for sustained peaking capacity because of both fuel limitations and fish and wildlife operations. Under dry conditions the energy produced by hydroelectric generation would average less than 12,000 aMW.  In the wettest years the average would be around 19,000 aMW.

Around 15,000 circuit miles of transmission lines have been built by the federal government throughout the region.  This includes a significant transmission build along the Columbia River Gorge where the steep canyon walls funnel offshore winds to create wind speeds particularly suited for wind power generation.   Federal and state incentives for developing renewable generation have encouraged more than 4,700 MW nameplate capacity of wind generation to be interconnected to the federal transmission system.

Seasonal refreshments will be provided after the talk. To book a place at the seminar please email Alison Norton by 12 December at a.m.norton@durham.ac.uk