Following the startling events of last week the UK finds itself with a majority Conservative government (an excellent article on what went wrong with pre-election polling may be found on The Conversation[1]). This article examines, based on the Conservative manifesto[2], what may be in store for UK energy policy over the next five years.

The energy section begins with five key commitments, and a page giving an (unsurprisingly) positive verdict on the 2010-2015 Coalition’s performance in energy policy. Within the “energy trilemma”, the emphasis in this is on energy security and affordability. The most prominent mention of the environment is in the final commitment “meet our climate change commitments, cutting carbon emissions as cheaply as possible, to save you money”. Some might be alarmed by the fact that the key environmental point is related directly to saving money, but on the other hand making a given reduction in carbon emissions more cheaply is surely better than making that same reduction more expensively. In this introduction to the energy section, subsequent mention of the environment is then indirect (“All parts of the UK will soon be helping to deliver secure, affordable and low-carbon energy…”, “backing good-value green energy”) and again links the environment to affordability. A notion of green energy as an end in itself is thus not something which the Conservative Party was looking to emphasise to people who might vote for them, however strong their commitment internally.

The key plans described are fourfold:

We will promote competition to keep your bills as low as possible.

We will secure your energy supplies

We will halt the spread of onshore windfarms

We will protect our planet for our children

There is thus a commitment to meeting environmental commitments; however the primary emphasis is on energy security and affordability. While there are synergies between development of renewable generation and energy security (reducing exposure to both volatile commodity prices and imports of fossil fuels from unstable regions of the world[6]), there is no direct evidence that this motivates the plans described in the manifesto.

Several parts of the manifesto discuss research and innovation policy with some relevance to energy issues:

One very concrete piece of information is the appointment of Amber Rudd as the new Secretary of State for Energy and Climate Change. She is strongly committed to the government’s stated agenda of carbon reduction, for instance through her comments in an interview[11] with “Business Green” last year. The title of the interview is “I’m a Thatcherite when it comes to climate change”, and a key point within it is Margaret Thatcher’s 1989 speech[12] to the UN General Assembly in which she warned of the dangers of greenhouse gas emissions – a speech which will be a surprise to many readers more than 25 years on, given the way that the (often climate change sceptic) right wing of the Conservative party commonly looks to Thatcher as a guiding light. In a post-election Twitter exchange[13] with Greenpeace’s Energy Desk, she further states that tackling climate change is important to the Conservative party “because of the devastating impact it could have nationally and internationally, unless we take action and do what we can”, and that “David Cameron has personally committed to pushing for a global deal to limit warming to two degrees + has reiterated support for UK Climate Act. He is respected internationally as a leader on climate change issues.”

In summary, the manifesto is insufficiently detailed to make precise predictions as to how energy policy will develop over the next few years. The emphasis is very much on affordability and security of energy supplies rather than on the environment, and where the environment is mentioned this is typically in the context of meeting environmental commitments economically. Nevertheless, both the Prime Minister and the Secretary of State for Energy and Climate Change have given very strong personal commitments to meeting carbon reduction targets. Thus only time will tell whether the new government will indeed be strongly committed to its environmental agenda, and the manifesto was carefully balancing this intent with a message which would appeal to the party’s likely voters – or whether this reluctance to emphasise environmental motivations will be reflected in the government’s actions, and the emphasis in practice will be much more on affordability and security of supply.

[4] See https://www.gov.uk/government/collections/electricity-market-reform-contracts-for-difference for details on the CFD scheme.

[6] For a stimulating discussion of the potential synergies between energy security and environmental benefits see the book “Carbonomics: How to Fix the Climate and Charge It to OPEC” by the leading American energy economist Steven Stoft., available for free download at http://stoft.zfacts.com/wp-content/uploads/2008-11_Stoft_Carbonomics.pdf. 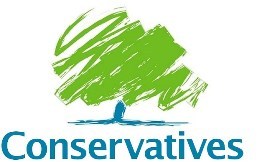 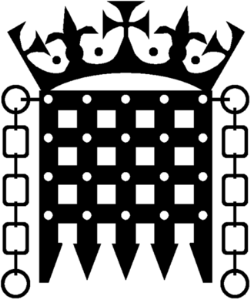