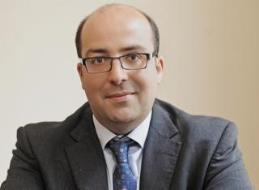 Patrick joined Northern Powergrid at the end of 2016 from INEOS Shale, where he led the Commercial and Business Development functions as well playing a wider role at INEOS Group level.

Before that he was a Senior Civil Servant, most recently, until the end of 2013, in DECC heading up the Energy Strategy and Programme team, running DECC's programme of Primary Legislation and leading on devolution issues.

He has held a wide range of policy and implementation roles in Central Government associated with energy, infrastructure and environment. These included a spell leading DECC’s Energy Networks team, leading work on four Acts of Parliament (including two Energy Bills), and designing and implementing various regulations. He has also run several major programmes in Government including setting up the Planning Regime for Nationally Significant Infrastructure and has acted as a Gateway Reviewer for major Government Programmes.