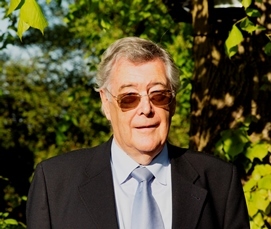 Mike's has enjoyed a career in the seismic industry in technical and management positions on assignment in various areas of the world. Initially working for Geophysical Service International in marine operations followed by 5 years in Italy on land operations. In 1980 Mike was appointed Operations Manager & Director of Sensor Nederland B.V., a subsidiary of Geosource Inc. and relocated to The Netherlands until retirement in 2009.

Mike was appointed General Manager & Managing Director of the Sensor organisation in 1992, participating in the consolidation of Sensor's global position with manufacturing and support operations in the UK, Houston, Calgary, India, Dubai & China. In 1994 Sensor was certified to the ISO-9000 standard and retains this certification today.

In 2005 Mike was appointed Senior Vice President of Sensor's parent company ION Geophysical Corporation with board positions in 6 ION subsidiaries.