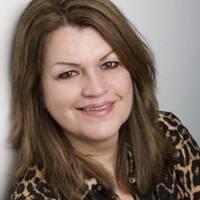 Barbara was appointed to the Management Team of Energy UK* as Director of Generation, Generation Division in June 2012.

Barbara is a member of the Executive Council of the House of Commons All Party Parliamentary Group for Energy Studies. Barbara serves as an elected Industry Member of the Balancing and Settlement Code Panel and is the independent Chair of the Joint European Stakeholder Group established by National Grid to manage the introduction of the Third Package European Network Codes. Barbara also is an industry member of National Grid’s Stakeholder panel.

Employed within the supply sector since 1991, initially with Northern Electric, Yorkshire Electricity and Gaz de France ESS, Barbara began working for the Association of Electricity Producers as Head of Electricity Trading on 1 March 2008. Barbara was a member of the Pool Executive Committee and several sub committees under the Electricity Pool. In addition she also served on the Scottish Modifications Panel, National Grid's Transmission User Group and the Gas Network Code Panel. During the early stages of the development of the New Electricity Trading Arrangements Barbara was involved with the Development and Implementation Steering Group and the Security of Supply Expert Group.

In January 2014 Barbara was appointed a Freeman of the City of London. In December 2019 Barbara was nominated for an OBE for services to the Energy Industry and in January 2020 was awarded an honorary doctorate in the Durham University winter congregation.

* The Association of Electricity Producers merged with the Electricity Retail Association and the UK Business Council for Sustainable Energy in April 2012 to form Energy UK.