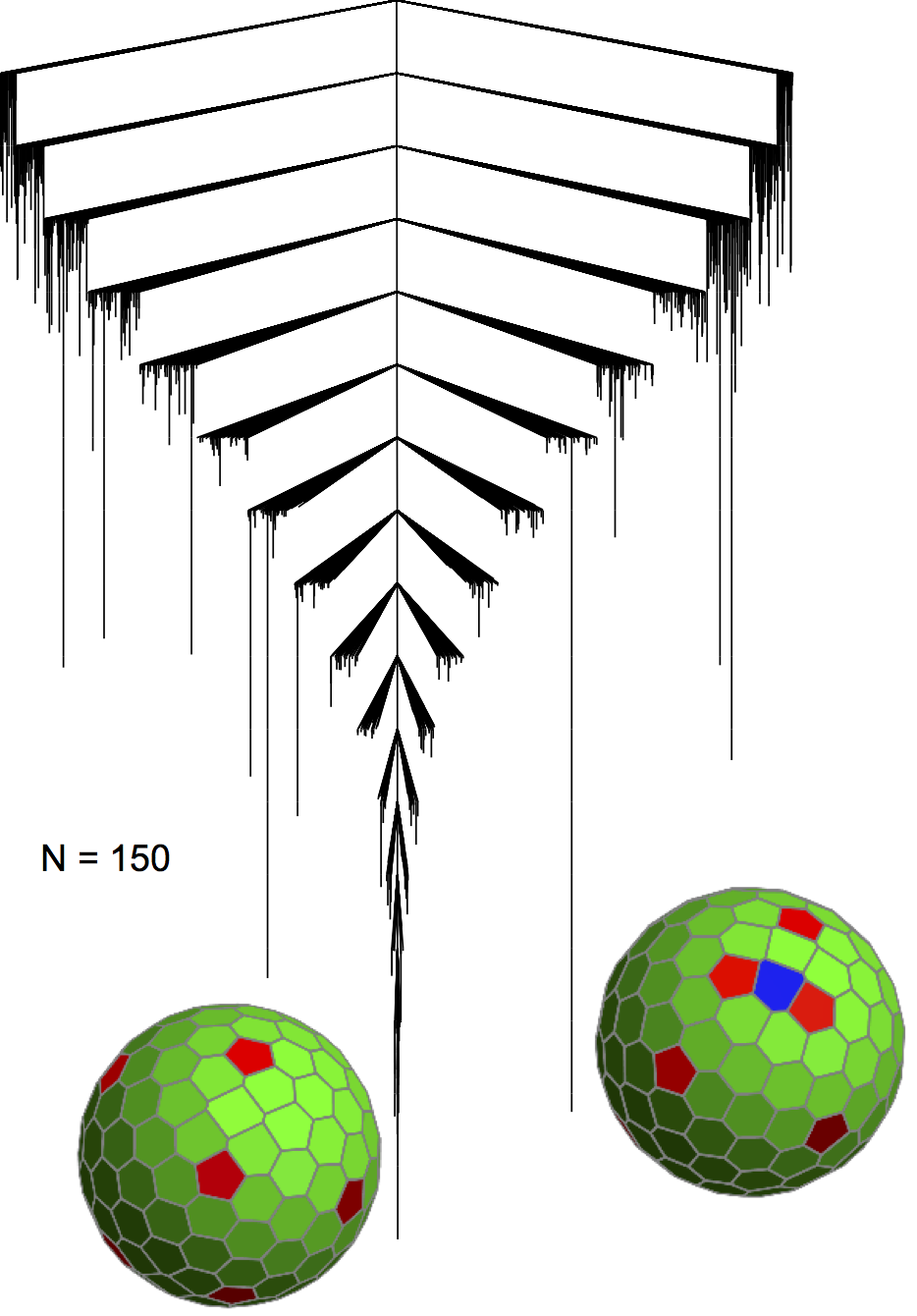 Steve Smale, a renowned Fields medalist, listed 18 problems in mathematics and computer science for the 21st century. The 7th problem in Smale's list is how to choose configurations as close as possible to the lowest energy state for particles with equal charges that are confined to the surface of a sphere.

In chemical physics this model is also known as the Thomson problem. Although easily stated, finding the global minimum becomes progressively harder as the number of particles increases. The solutions also provide useful insight into a wide range of phenomena where systems are confined to spherical geometry, from determining the arrangements of virus capsids to the optimal placement of satellites around the Earth.

In this paper, a collaboration between Durham's Halim Kusumaatmaja and scientists from the Universities of Cambridge and Notre Dame located thousands of metastable configurations for up to 150 particles and studied how these configurations can interconvert, building networks of connected minima. Surprisingly, it was found that these networks exhibit 'small-world' properties, meaning the most stable configuration is on average only a few hops away from any other local minimum. It is this insight that could be useful for solving Smale's 7th Problem in mathematics.

The paper has been selected as an “Editor's Suggestion” by Physical Review Letters and has been reported on phys.org. Notre Dame have also produced a press release.