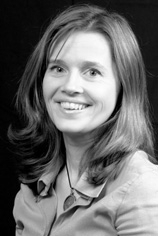 Honorary Professor in the Department of Classics and Ancient History

What interests me is ancient Greek literature, and the way in which readers make it their own - 'the balance between the classical and the familiar', as Cesare Pavese put it. In my first book, Inventing Homer (Cambridge 2002), I argued that early stories about Homer tell us something important about the way archaic and classical audiences imagined the poet and understood his poetry. My second book, written together with Johannes Haubold, explores the relationship between Homeric epic and wider Greek views about the cosmos and its history. After Homer: The Resonance of Epic (London 2005), I wrote a commentary on Iliad 6 for the Cambridge 'Green and Yellow' series, again with Johannes Haubold: Iliad 6: A Commentary (Cambridge 2010). I have also edited two volumes: Homer in the 20th Century: Between World Literature and the Western Canon (Oxford 2007), with Emily Greenwood, explores the place of Homer in the literary landscape of the twentieth century; The Oxford Handbook of Hellenic Studies, edited with George Boys-Stones and Phiroze Vasunia (Oxford 2009), was my attempt at getting a panoramic view of the field of Hellenic Studies.

My most recent book is The Gods of Olympus: A History (London, 2013), which was shortlisted for the Criticos prize. Translations into seven languages are published or under contract. It traces the travels and transformations of the Olympian gods from antiquity to the Renaissance, exploring how they evolved from deities to symbols of the human imagination.

My current research focuses on a major project funded by the European Research Council and entitled Living Poets: A New Approach to Ancient Poetry. More information about the project, the team I direct, and the aims we have can be found here. The programme for Optical Character Recognition of Ancient Greek, developed as part of that project, has major practical applications: a 'Proof of Concept' grant, also awarded by the European Research Council, funds further development of OCR for early modern books printed in Latin, which will in due course enable libraries to turn early books into fully searchable digital texts.

The Living Poets project has inspired an exhibition on Palace Green, Durham, entitled On Seeing the Author: Portraits in Libraries, and scheduled for January-April 2015. It traces the history of portraits in libraries from antiquity to the present, and focuses in particular on those commissioned by John Cosin (1594 – 1672), for his library on Palace Green. Letters reveal that Cosin was shocked when he saw the portraits of ancient authors he had commissioned, complaining that they looked like Muslims. The exhibition explores the thrill, and also the possible disappointment, of seeing the author, and presents the library as a place that enables face-to-face encounters with ancient authors.

The connections between ancient literature and its readers from different times and places are also important to my teaching and outreach. A Durham Excellence in Teaching Award and a National Teaching Fellowship funded projects that linked academic research, undegraduate teaching, and work in the local community - particularly primary and secondary schools in some of the most deprived areas of the United Kingdom. I am now collaborating with Changeling Productions, a theatre company interested - like me - in exploring how the Lives of the ancient poets were used, and can be used, to articulate the connections between ancient literature and lived experience.

I am keen to supervise doctoral students working on ancient Greek literature and its reception, and hold a Durham University Excellence in Doctoral Supervision Award.

As well as selected academic publications below, I review for the Times Higher Education, The London Review of Books, and The Times Literary Supplement.

Craig Hannaway: Translations of the Self: A. E. Housman and Anne Carson Between Scholarship and Creativity

William Wallis: Looking at Portraits, Reading Biographies: The Relationship between Lives and Images of the Ancient Poets

Erika Taretto: Poets and Places of the Hellenistic Age