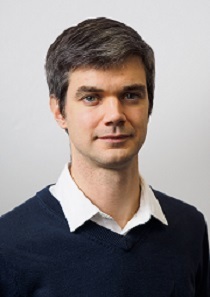 I work on the cultural and intellectual history of the Eastern Mediterranean world during the Roman and late antique periods. After my first degree in Milan, I went to Oxford for an M.Phil. and a D.Phil., and later held fellowships at the Harvard University Dumbarton Oaks Research Library and Collection, and at the Princeton University Society of Fellows (2015-18).

My current research focuses on the emergence and development of Syriac civilization in the broader context of the Graeco-Roman Near East and the diffusion of Christianity. My monograph on this subject, in preparation for Cambridge University Press, focuses on the intersections of Syriac culture with Graeco-Roman civilization; it brings together literature and epigraphic and documentary sources both in Greek and in Syriac, and it focuses on education and schooling as the lens through which to assess and study the history of culture.

I have recently published a book on Greek and Syriac literature in dialogue form by Christian authors during late antiquity (Oxford University Press, 2019). These dialogues, on religious, philosophical, and political subjects, show that the classical dialogue form did not disappear with the rise of Christianity but was instead transformed, and reinvigorated, alongside of cultural and religious change. This vibrant tradition of writing in dialogue form (at least sixty dialogues survive until the end of the sixth century CE, only in Greek and Syriac) attests to the emergence and the development of a particular culture of debate on theological and philosophical matters. Read more here.

In 2020-21, I serve as departmental Director of Joint Honours, Liberal Arts, Combined Honours, and Elective Students.

Cédrik Michel (first supervisor): The Changing Role of Barbarians in the Roman Army in the Fourth and Fifth Centuries.