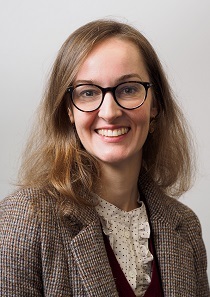 Myrthe Bartels is Honorary Fellow at Durham. She came to Durham as COFUND Junior Research Fellow (2018-2019), and the following academic year taught seminars for Early Greek Philosophy and Introduction to the Greek World as Teaching Assistant (2019-2020). She is currently Research Fellow in the History of Philosophy at the Dipartimento di Civiltà e Forme del Sapere of the University of Pisa.

Myrthe Bartels studied Classics and Russian at Leiden University and received her PhD in Classics from Leiden in 2014. During her PhD, she spent a research period at Stanford University with scholarships from the Prins Bernhard Cultuurfonds and the Leiden University Fund (2011). Subsequently, she was Postdoctoral Fellow at the Institute for Advanced Studies in the Humanities and the School of History, Classics and Archaeology at the University of Edinburgh (2014-2015), Postdoctoral Researcher at the University of Erfurt (2015-2017), and International Fellow at the New Europe College (IAS) in Bucharest (2017-2018). She also received two research scholarships from the Fondation Hardt pour l'étude de l'antiquité classique in Vandoeuvres (2014, 2018).

Myrthe Bartels' research centres on Plato's ethical and political thought in its historical context, as well as on fundamental hermeneutic questions about the interpretation of the Platonic corpus. Her monograph on Plato's Laws, Plato's Pragmatic Project. A Reading of Plato's Laws (Steiner Verlag, 2017), which is based on her Leiden dissertation, appeared in the series Hermes Einzelschriften. It offers a detailed analysis of the structure of this challenging text and traces the implications for the status of its legislative project. She is currently writing a second monograph, about the philosophical and dialectical underpinnings of Plato's approach to legislation in its 4th c. BC historical and intellectual context, combining ancient philosophy, discourse analysis, and evidence from Greek law and other public inscriptions. This study furthermore addresses the engagement with questions of law and legislation among the Socratics, members of the Early Academy, and Peripatetics. In addition, she is preparing a number of articles and book chapters, including on Plato's argument that law needs to take into account an agent's disposition, and on Socrates in Baroque opera.

Fuelled by Plato's ethical approach to music, she is also interested in the reception of ancient musical thought in later periods. Together with Andy Hamilton (Philosophy), she organized the workshop Philosophy of Music - Perspectives on Antiquity (11-12 July 2019), which will have an anticipated sequel in 2021 or 2022.