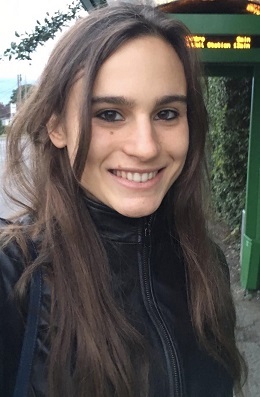 My project explores Plato’s philosophical use of comedy. The relevance of comedy to the understanding of Plato can hardly be overstated, and yet scholars have mostly addressed inessential aspects of the question. Against this scholarly backdrop, what needs exploring is the idea that, according to Plato’s theory and literary practice, comedy, once amended, can ‘speak seriously’, i.e. can be philosophically productive as a means to refute the rivals of philosophy and promote the philosopher’s transformative agenda.

Firstly, I intend to show how Plato turns comic images and vocabulary into a polemical tool against the detractors of philosophy, showing that both Plato and Isocrates, the two main 4th-century contenders for the title of philosophers, used comedy to discredit each other and to define and appropriate philosophy. Secondly, I plan to explore Plato’s notion of doxosophia as discussed in Sophist 231b and Philebus 49a-d, with a view to arguing that Socratic elenchus is an intrinsically comic procedure. Furthermore, in step with the first aspect of my study, I want to verify if doxosophia may also refer to Isocrates’s thought, given that the exceptional word doxosophos as discussed in Phaedrus 275b clearly points to Isocrates’ ‘doxastic’ notion of knowledge.

Euthydemus and Gorgias take centre stage in my project, as they abound in comic elements and emphasise the distinction between Socratic and sophistic, a distinction that Gorgias’ pupil Isocrates aimed to blur. The voice of comedy can be detected through a careful linguistic analysis of lexical, morphological and syntactical features. Besides Aristophanes’ plays, I will of course explore the comic fragments as collected in PCG, while scholiography will provide further methodological pathways based on ancient perceptions of Plato’s comedic 'voice'.