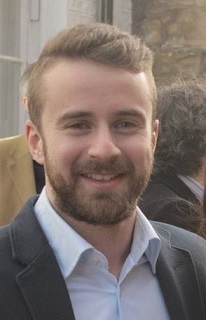 The purpose of my research is to understand how ethics and epistemology relate in Plato’s late dialogues (Sophist, Statesman, Philebus, and Laws). I aim to give an account of Plato’s later moral epistemology by considering whether certain cognitive states might be thought to secure virtue – or a certain kind of virtue – for the moral agent.

I first investigate whether Plato endorses a form of ethical intellectualism (a principle according to which philosophical knowledge is necessary and sufficient for being virtuous) in his late dialogues. It is well known that Plato’s middle dialogues present a refinement of views held in the Socratic dialogues, and that such a refinement focuses on the nature of irrationality in the soul (e.g. Sedley 2015). Similarly, I contend, contra the most important scholarship on this subject (e.g. Bobonich 2002), that the late dialogues present not so much a transformation of earlier epistemological and ethical ideas, as an expansion of their content. Indeed, I argue that the late works show that the Socratic theory of ethical intellectualism is not abandoned, but rather is further developed to provide a more precise account of the complexity of the embodied human soul.

Therefore, taking for granted that philosophers can achieve a full and philosophical virtue, the question arises whether the theory of moral epistemology in Plato’s late dialogues extends beyond philosophers. Indeed, as I argue, those who are not good enough to achieve a philosophical knowledge are not necessarily condemned to a life of vice. A true opinion might be sufficient for achieving an inauthentic kind of virtue, which is defined ʻdemoticʼ by Plato (cf. e.g. Phd. 82a10-b3). Accordingly, Plato’s later dialogues present two different ways through which epistemology and ethics intertwine: a) a wise philosophical knowledge is a necessary and sufficient condition for being virtuous; b) opinion, if true, is still sufficient for acting virtuously. From this perspective, my research considers the constellation of ethics, knowledge, and action in Plato’s late dialogues as a problem of ontology.

This research aims to open up new perspectives for further enquiries, e.g., concerning Stoic intellectualism and its relationship with Plato and the Academy.

I will pursue this work while visiting Stanford University during the academic year 2019-20, under the guidance of Prof. Chris Bobonich.