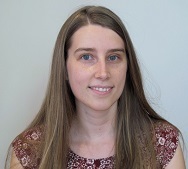 Her project at Durham focusses on the development of materials for two important energy-generation applications: solid oxide fuel cells and thermoelectric devices. 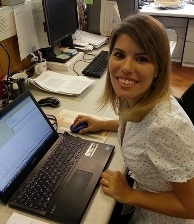 Sayonara was a PDRA funded by the Science without Borders programme. Her research project was on the development and characterisation of new materials for photocatalysis.

Julia was an EPSRC-funded PDRA carrying out experimental and computational studies of oxide ion conductors. Her computational work reveled new and interesting oxide ion migration pathways in a number of Bi-oxide based materials, including a material with exceptional low-temperature conductivity.

Julia went on to join the group of Professor Matt Rosseinsky at the University of Liverpool, as a post-doctoral researcher working on the synthesis and characterisation of materials for applications in lithium batteries.

Xiaojun was an EPSRC-funded PDRA working on the synthesis and characterisation of structures and properties of oxide ion conductors. His work at Durham resulted in a number of publications, including the best low-temperature three-dimensional oxide ion conductor reported.

He went on to an academic position in China, and is now a staff member at the Guilin University of Technology. Xiaojun's group work on synthesis, structure and properties of new oxide ion conductors and microwave dielectric oxides.

Having completed her MChem research in the group, Bettina started her PhD, co-supervised by Andrea Piovano at the ILL, in October 2019. Her project involves ionic and mixed ionic-electronic conductors - synthesis, property measurements, X-ray and neutron scattering and simulations. 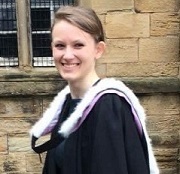 Chloe is a PhD student joint between Ivana and John Evans. Her project is on combined experimental and computational studies of ionic mobility in functional oxides.

Melissa has joined the group as a PhD student, to work on the preparation and characterisation of new inorganic phosphors. Before coming to Durham, Melissa completed her first degree in Physics at Universidad Autonoma de Zacatecas in Mexico.

Having successfully completed her MRes, Huiyu has joined the group as a PhD student, working on molecular ferroelectrics. 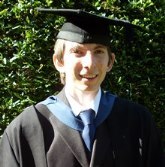 Matt started his PhD, joint with Diamond Light Source, in October 2015. His project involves the application of local structure elucidation methodologies for structural characterisation of fast ion conductors, including apatite- and perovskite-related materials.

Joe was a joint student with the ILL in Grenoble. He started his PhD in the group in Durham in October 2014. The main focus of his project wa on DFT computational studies of fast ion conductors, although he also used experimental techniques including diffraction, impedance spectroscopy, solid state NMR and neutron scattering.

Hannah started her PhD in October 2013 with Dr. Paul Hodgkinson as her principal supervisor and Ivana as a co-supervisor. Hannah's PhD involved the application of solid state NMR and DFT calculations to a range of pharmaceutically-relevant materials, with a particular emphasis on dynamics and disorder.

Hannah's experimental and computational work has elucidated the nature of extensive structural disorder in furosemide-isonicotinamide cocrystal and in naproxen-picolinamide cocrystal. 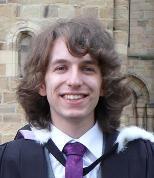 Matt started his PhD in the group in October 2013. The focus of his project was the structural characterisation of structurally complex oxide ion conductors, displaying different conductivity mechanisms, using a variety of techniques, including powder and single crystal X-ray and neutron diffraction and total scattering.

Matt's PhD project, co-supervised by Professor Garry McIntyre at ANSTO, focussed on crystallographically complex Bi(III)-containing materials with the fluorite and apatite structure types. Matt was also part of the team that elucidated the nature of the Sr1–xNaxSiO3–0.5x fast ion conductors. 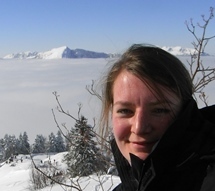 Sam did her PhD, partly based at the ILL in Grenoble, on experimental and theoretical studies of hydrogen-bonded materials. She used mainly single crystal neutorn diffraction and DFT-based modelling to understand materials in which protons in short hydrogen bonds exhibit interesting behaviour, such as temperature-induced proton migration or proton order-disorder phenomena. Sam's experimental and computational work elucidated the remarkable isotope effect and the largest proton migration effect observed so far, in 3,5-dicarboxylic acid and proton tunneling in short hydrogen bonds.

Julia did her PhD on the synthesis and characterisation of functional oxides with the fluorite and pyrochlore structures. In her work, she used a range of synthetic methods, did extensive structural characterisation by X-ray and neutron powder diffraction, total scattering and reverse Monte Carlo (RMC) modelling, and carried out physical property measurements.

Elliot is an MSci (Chemistry/Physics) research student working on the development of molecular ferroelectrics by computational and experimental methods.

Bettina is an MChem student whose project focusses on new garnet- and scheelite-type fast ion conductors. 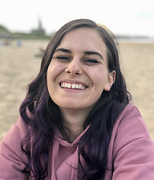 Katy is an MChem student whose project focusses on crystal growth of inorganic functional materials by the floating zone method.

Callum was an MSci (Chemistry-Physics) research student working on the preparation and characterisation of new inorganic phosphors. 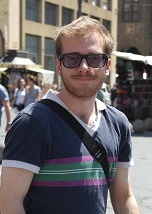 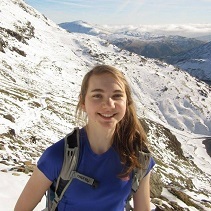 Jenny was an MChem project investigating the structure-property relationships in luminescent silicate materials. 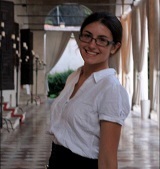 Zara did an MChem project in inorganic solid state chemistry, investigating the preparation and characterisation of new oxide ion and mixed ionic-electronic conductors.

Huiyu did her MRes project in organic solid state chemistry, focussing on hydrogen-bonded functional materials. Having succesfully completed her MRes, Huiyu stayed in Durham as a PhD student joint between Ivana and John Evans. 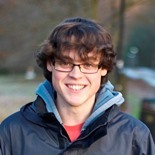 Stuart did doing an MChem project in inorganic solid state chemistry, investigating the preparation and characterisation of novel solid electrolytes. He stayed in Durham for his PhD with Professor Karl Coleman. 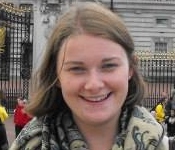 Heather did an MChem project focussing on the preparation, structural characterisation and properties of solid electrolytes of general formula Sr1–xNaxSiO3–0.5x. Her work contributed to the elucidation of the two-phase nature of the Sr1–xNaxSiO3–0.5x fast ion conductors.

Beth's MChem work was in the area of pharmaceutical cocrystals. In October 2013, Beth started a PhD with Professor Nick Long at Imperial College, working on the development of probes for dual-modality molecular imaging.

Beth's project resulted in two publications, one on cocystals of furosemide and the other on solvates of niclosamide.

Karwei worked on oxides for photocatalytic applications. In October 2013, Karwei started a PhD in the Materials Science Department at Oxford, working on carbon nanomaterials.

Matt's project involved the synthesis of new oxide ion conductors and initial characterisation of their structures and properties. In October 2013, Matt started a PhD in the IRE group, continuing to work on solid electrolytes.

James's project was on the synthesis and characterisation of new oxide ion conductors. Since leaving Durham he has worked as a researcher at Nexeon in Oxfordshire (in the area of novel nanomaterials for applications in lithium-ion batteries), before taking up a position with The Open University in the Materials Engineering Department, supporting the research of postgraduate students. 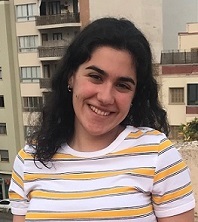 Laura is a Durham Chemistry undergraduate, working alongside Josie on crystal growth and characterisation of scheelite-type oxide ion conductors. 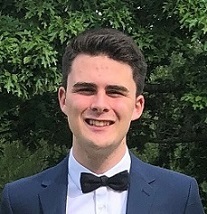 Oliver has won a BP undergraduate research bursary to join the group and work on the development of new oxide and mixed ionic-electronic conductors.

James is a Durham undergraduate student working on a joint project with Andrea Piovano at the ILL in Grenoble. His project focuses on the computational studies of new perovskite-related oxide ion conductors, building on the experimental work on these materials carried out in the group.

Adam received a Durham Chemistry undergraduate research bursary to work on characterisaiton of dynamics in solid electrolytes by computational methods. He carried out this research based at the ILL in Grenoble.

Chloe did a summer project at the ILL, Grenoble, working together with Joe Peet, Andrea Piovano and Mark Johnson, on elucidation of the oxide ion dynamics in La2Mo2O9. Chloe also contributed to the interpretation of the simulations carried out on Bi0.913V0.087O1.587, an exceptionally good oxide ion conductor, although "Chloe shuffle" never made it into the JACS publication!

Jen was a summer research student based with Dr. Mark Johnson at the ILL, Grenoble, where she did a computational project focussed on ab-initio molecular dynamics of oxide ion conductors with fluorite and scheelite structure types.

She continued her research on energy materials at Univesity College London, working on the characterisation of polymer electrolyte fuel cells.

Abby, a Chemistry undergraduate at the University of British Columbia in Vancouver, Canada, did a summer research project in Durham. Her work, related to the new energy materials and focussed on the quantification of amorphous content by X-ray diffraction methods, contributed to the publication on the Sr1–xNaxSiO3–0.5x fast ion conductors.

Jim was a summer research student based with Dr. Mark Johnson at the ILL, Grenoble, where he carried our DFT-based computational work on the structures and dynamics of O2- ions in functional oxide materials. Some of his work was published as part of a broader study of the oxide ion conductor Bi26Mo10O69.

In October 2013, Jim started a PhD with Dr. Mark Miller in Durham, in computer simulation of self-assembly.

James (aka "James Farrell I" in IRE group) did a summer project on ab-initio molecular dynamics studies of oxide ion conductors, based with Dr. Mark Johnson at the ILL, Grenoble. His work contributed to two publications (on Bi46V8O89 and Bi28Re2O49).

After graduating from Durham, James moved to Cambridge to do a PhD with Professor David Wales. These days, he's mainly working on energy landscapes and rearrangements of clusters of dipolar particles, including water clusters and colloidal systems.

Tom Vogt is a Distinguished Professor of Chemistry and Director of the NanoCenter, as well as an adjunct professor in the Department of Philosophy at the University of South Carolina. He is spending the Epiphany term 2018 at Durham as an IAS Fellow, funded as part of the IAS annual theme Structure, and he is hosted in Chemistry by Ivana Evans.

Tom is a renowned expert in the field of inorganic functional materials, both naturally occuring and synthetic. He is particularly interested in elucidating their structural chemistry and structure property relationships by advanced diffraction- and electron microscopy-based methods. 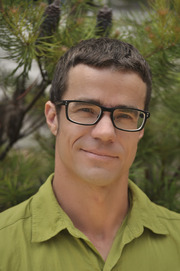 Professor Chris Ling from the School of Chemistry, University of Sydney, visited Durham as part of a Royal Society funded International Exchanges grant. 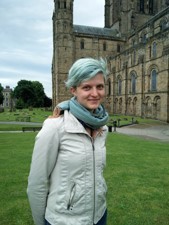 Julia is a visiting researcher from the University of Sydney. She is working in Durham on energy materials, as part of a Royal Society funded International Exchanges grant.

Julia is a visiting researcher from the University of Sydney. She is working in Durham on energy materials, as part of a Royal Society funded International Exchanges grant.

Marta was a visiting PhD student from the University of Ljubljana, Slovenia. She worked on structural characterisation of framework materials.

Professor Ljilja Damjanovic was a visitor from the Faculty of Physical Chemistry, University of Belgrade, Serbia, working on a Royal Society funded joint project on powder diffraction studies of the 12th century pottery excavated at Stari Ras, Serbia. Ljilja is an associate professor at the Faculty of Physical Chemistry, and her main research interests are in aluminosilicate materials.