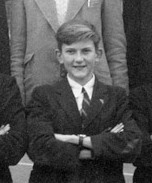 Professor David Phillips is awarded a honorary degree from Durham University this year. David, born and bred in the North of England, is one of the UK’s leading scientists. He grew up in South Shields, South Tyneside and was educated at the South Shields Grammar-Technical School for Boys.

David has an extremely strong academic track record with almost 600 publications and a distinguished history of public engagement and outreach activities. In 1999, David was awarded the OBE in The Queen's Birthday Honours for services to Science Education, and in 2012 his services to Chemistry were recognised with a CBE in the Queen's New Year's list.

David’s research career has centred on understanding the interaction of light and matter, and has led to the development of many significant and far-reaching discoveries in medicine and materials chemistry. His early work focused upon gas-phase photochemical reactions, laying the foundations for the study of atmospheric photochemistry. When lasers were still a scientific curiosity, he championed their use in chemistry. David has been a strong supporter of Durham’s Chemistry Department and provided significant input to our undergraduate teaching curriculum during his period as external examiner in physical chemistry.