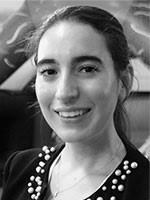 I am a PhD researcher in the Department of Modern Languages and Cultures, and part of the Centre for Visual Arts and Cultures. My research is fully funded by the Arts and Humanities Research Council (AHRC) as part of the Northern Bridge consortium. I completed my Master of Studies at the University of Oxford (Lady Margaret Hall) in 2016 in Art History and Visual Culture and was recipient of the Sarah Louise Dale/Clarendon Scholarship in Renaissance Studies. The title of my MSt thesis was: “Barnaba da Modena: the painter and his workshop in fourteenth-century Italy”, which was supervised by Professor Gervase Rosser. I completed my Bachelor of Arts (Honours) at the University of Nottingham in History and Art History in 2012 and was awarded a first-class degree. I currently serve as a reviewer for the Journal of Languages, Texts and Society. My PhD thesis, supervised by Prof Andrew Beresford and Prof Stefano Cracolici, provides an inter-disciplinary analysis of the Mediterranean as a site of rich cultural exchange in the fourteenth century. In particular, I examine the dissemination of visual ideas, the evidence of artistic migration, and the transmission of iconography and style between artists and craftsmen located in mercantile centres across the Mediterranean basin. The objects of my research, which include small panel paintings, painted crucifixes and altarpieces, are analysed as a means to elucidate our understanding of the networks of association and influence between artists, patrons and merchants active in the fourteenth century. Striking similarities between the art produced by painters active in the Kingdom of Aragon with artists resident in Angevin Naples, the Italian city-states, and the papal court at Avignon, are testament to the close commercial, religious and social links which existed between Mediterranean communities in the medieval period. My research considers the evidence of cultural mobility from a broad perspective, but major themes include: the Mediterranean as a united site of transnational cultural dialogue; patronage as a cultural mediator; artists and merchants as agents of cultural mobility; migration; devotional culture, and the artist’s workshop as a site of innovation and collaboration. 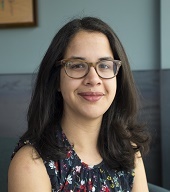 Dissertation topic: Trampantojo, or the Need to Fool the Eyes in Late Sixteenth-Century Spanish Painting.

I am a PhD candidate in Art History in the School of Modern Languages and Cultures. My thesis, funded by a Zurbarán Scholarship, explores how during the late sixteenth century recurring sophistry in literature served as acatalyst for Spanish artists to achieve an effect of three dimensions on religious imagery. Working under the supervision of Prof Andrew Beresford and Prof Claudia Hopkins, my research benefits from the inter-disciplinary nature of the Zurbarán Centre for Spanish and Latin American Art and from a collaboration with the Spanish Gallery at the Auckland Project. 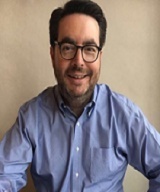 The aim of my PhD research is to investigate Francisco de Zurbarán’s engagement in the intellectual and theological debates of his day and how they shaped his preoccupation with verisimilitude and tactile painterly effects. Moving beyond the specific concerns of the many monastic orders he served, and focusing principally on independent works, my research will explore both how Zurbarán’s art relates to the broader currents in Spanish Counter-Reformation spirituality and how philosophical and artistic debates around the nature of the senses contributed to the development of his unique artistic character. More specifically the research will seek to address the extent to which Zurbarán deployed new compositional themes in his works for private devotion, and how Zurbarán creatively engaged with the work of both other artists and the growing genre of Spanish still life painting. My research will ultimately seek to question the long-held portrayal of Zurbarán as an essentially ‘monastic painter’, with the objective of establishing a new narrative that takes a fuller account of the broader society in which he lived and worked.

Prior to moving to Durham, I completed both a Post-Graduate Diploma and a Master’s degree in Art History at the Courtauld Institute of Art. My Masters dissertation focused on the graphic art of Gaspar Becerra and the influence of Italian concepts of disegno in sixteenth-century Spain. I also have a degree in Theology from King’s College London. Before returning to full time study, I worked in business and for a number of years chaired the British Institute of Florence.

Richard Jacques has been awarded a Zurbarán Scholarship (2021-2024), which is funded by the Centro de Estudios Europa Hispánica. 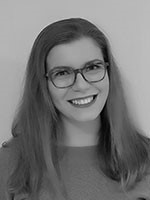 Dissertation Topic: Spanish Artists in Rome during the Nineteenth Century

I moved to Durham in October 2018 to pursue a Ph.D. in the History of Art and Architecture, at the School of Modern Languages and Cultures, funded by an Arts and Humanities Research Council’s Northern Bridge scholarship and supervised by Prof Stefano Cracolici and Dr Tom Stammers. My project is focused on the presence of Spanish art students in papal Rome during the pontificates of the two last pope-kings. It explores their artistic production in relation to the wider context of the Roman academies, artists’ studios, and the Roman and international art market. I obtained my bachelor’s degree in Economic law from the Università degli Studi di Padova in July 2012. From Padova I moved to Università Ca’ Foscari Venezia, where I completed two master’s degrees: a Master of Art in Art Economics and Management of Cultural Activities (2015), and a Master of History of Art, early modern art curriculum (2017). I was visiting student at the Università degli Studi di Trento during the academic year 2012/2013. Furthermore, I hold a postgraduate diploma in art handling and artwork’s movement from the Istituto Europeo del Design (2016). During my Venetian years, I gained work experience in the art sector in the field of event organisation and art education. I collaborated with the curators of two collateral events organised at the Venice Art Biennale (2013; 2015), with the educational team of the Peggy Guggenheim Collection as part of the regional program “A scuola di Guggenheim” (2015), with the team of a Venetian contemporary art gallery as gallery manager (2015-2016), and lastly with the director of the cultural activities of the Università Ca’ Foscari Venezia for the events organised in occasion of the 150th anniversary of university (2017-2018). 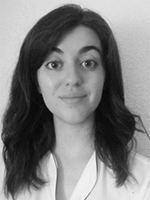 I am a PhD Candidate in History of Art and Architecture in the School of Modern Languages and Cultures. Before coming to Durham I graduated with honours in History of Art (Universidad Autónoma de Madrid) and completed an MA in Contemporary Art (Universidad Complutense de Madrid and Museo Reina Sofía). I was also part of the Erasmus exchange programme and spent a year abroad in the University of Edinburgh as an undergraduate student. During my formative years I gained work experience in the field of Curating Practices and Museum Studies, collaborating with institutions such as the Friends of the Prado Museum Foundation, the Centre for Research Collections of the University of Edinburgh and the Reina Sofía Museum in Madrid. My PhD dissertation, supervised by Prof Stefano Cracolici and Dr Edward Payne, focuses on Juan Bautista Martínez del Mazo (ca. 1611-1667), who is better known for being Diego Velázquez’s son-in-law and a velazqueño, a term used to describe the painters of the atelier and entourage of the master. My research interests have always revolved around Spanish Baroque art. Therefore, my project considers the issues of authorship, canon and authenticity in Early Modern Spain applied to Mazo’s artistic reception and its broader implications for the study of the velazqueños as a group. 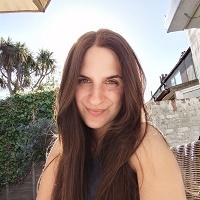 Dissertation topic: Gender and Corporeality in the Paintings of Bartolomé Bermejo

I came to Durham in 2014 to complete my BA in French and Hispanic Studies, where I expanded my sensibilities to visual and literary artefacts, as well as theories of race, gender, and the body. I received an Undergraduate research award in the School of Modern Languages and Cultures, which enabled me to contribute to archival research at Ushaw College by analysing the importance of visual artefacts found within manuscripts and their relationship with text. This opportunity provided the backbone to the archival nature of my research during my MA in Languages, Literatures and Cultures, where my thesis focused on visual and textual representations of Arawak communities within 16th century colonial texts. During my master’s degree, I also developed my insights on Modern, decolonial Art in my Visual Modernities module and how they related to modern theories of race, gender and corporeality introduced by the Critical Theories and Frameworks module as part of my MA course. I earned a distinction during my master’s degree with my thesis recommended for publication. I have also undertaken further placements at Ushaw College, Pitzhanger Manor Gallery, and the Florence Nightingale Museum as a research assistant. My interdisciplinary PhD research is funded by the Wolfson Postgraduate Scholarship. I am currently a member of the Centre for Visual Arts and Culture and the Journal Officer in the MEMSA committee, as well as a first-year PhD student co-representative.

My research at BA and MA have mainly focused on Renaissance art and literature, as well as on modern theories concerning the relationship between gender, pain, and sexuality. My studies of gender throughout my master's degree have constituted an effective basis for my doctoral thesis entitled 'Gender and Corporeality in the Paintings of Bartolomé Bermejo', supervised by Professor Andy Beresford and Dr Yarí Pérez Marín. In this research project, I explore how Bermejo's paintings, which constitute a sculptural quality to them, progressive for the fifteenth-century artistic market, can introduce novel ways of considering how gender is constructed anatomically and conceptually, through gendered power relations in three focused contexts: the convergence of the supernatural and the material, experiences of pain and the human condition of spiritual subjects. This understanding of materiality extends and raises questions concerning contemporary understandings of gender and its relationship with the corporeal devised by theorists such as Judith Butler, Elizabeth Grosz and Julia Kristeva. 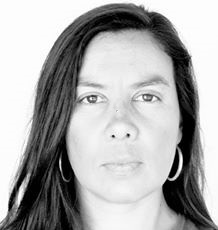 I am a PhD researcher in History of Art, Visual Culture, and Hispanic Studies at the School of Modern Languages and Cultures, fully funded by the Durham Doctoral Studentship. My current research focuses on early modern transatlantic visual culture and is supervised by Dr. Yarí Pérez Marín and Dr. Laura León Llerena. I completed an MA in Social History of Art (Distinction) at the University of Leeds (2020), fully funded by the Tetley and Lupton Scholarship. My thesis, "Hidden and Revealed: Jewish-Muslim-Christian Relations, Women’s Power and Family Feuds Through a Recently Uncovered Mural of the Lamentation in the Cathedral of Albarracín, Teruel, Aragon, Spain, XV Century",  was supervised by Dr Eva Frojmovic. I hold an MA in Humanities and Social Thought, completed between New York University and Columbia University (2005), and a BA in History of Art from The Ohio State University (2001). I have completed programs in History of Art, Archaeology, Visual Anthropology, and Palaeography at Koç University (Turkey), Ohio University (China), Columbia University (United States and Brazil), School of Advanced Study at University of London (UK), and at Casa Árabe Córdoba and the Consejo Superior de Investigaciones Científicas, CSIC (Spain). I have taught History of Art at the University of Puerto Rico at Río Piedras (2015-2019), teaching the Arts of China, India, Japan, the Ancient Near East, Art and Gender, and Women in the Art of the Ancient World. I taught History of Art from ancient to modern at the Escuela de Artes Plásticas y Diseño de Puerto Rico (2013-2019), and Art Theory and Semiotics at the Pontifical Catholic University of Ecuador in Quito (2008-2010).