The Fontanelle Cemetery in Naples

The Fontanelle cemetery in the neighbourhood Sanità in Naples is a unique place where devotion, altruism and death merge into a fascinating relationship between the death and the living. The cemetery, whose caverns contain bones and skulls frightened Ingrid Bergman in Rossellini's Viaggio in Italy; since then tourists have made determined efforts to put it on their itinerary. This project studies the religious and arrtistic interplay behind this site. 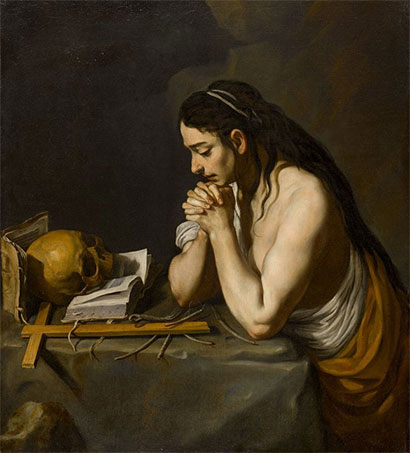 The cemetery holds about 40,000 remains of people, victims of the great plague of 1656 and of cholera of 1836. Devotees, especially women, paid visits to the skulls of these unnamed souls, adopted a particular skull (capuzzella) that the soul had indicated to her in the dream; in this way, the deceased became part of the devotee's family. This cult of devotion survived until the mid-20th century, but it is not an isolated cultural and religious expression but it is part of a wider worldview that, in the past, it could have influenced and, at the same time, it was influenced by the baroque artistic movement. In fact, we can find many representations of the Mary Magdalene with skulls in the portraits of that time, and many baroque churches dedicated to the souls of Purgatory. This project aims to explore the devotional care of these skulls and the religious and cultural values expressed by it, while studying the link between this tradition and different artistic representations.