Carried out by Dr Francisco-J. Hernánez Adrián, Atlantic Insularities is a critical examination of ‘ultra-peripheral’ insularity in the contemporary transnational, diasporic and postcolonial Atlantic. For more information about this project contact: f.j.adrian@durham.ac.uk 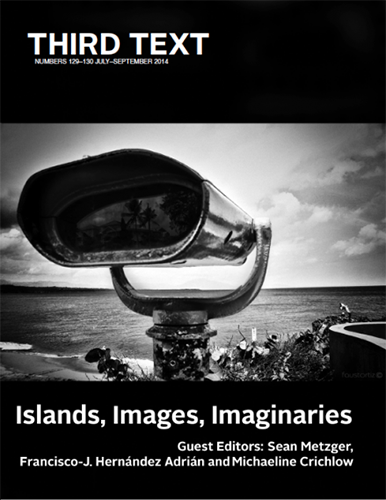 The focus of the project is on the Canary Islands and the islands of the Hispanic Caribbean as examples of crisis-ridden archipelagic border zones, respectively in one of the European Union’s immigration corridors and in the Caribbean diasporic space, and more generally as Atlantic enclaves of economically and ecologically unsustainable tourist development. These particular insular enclaves are concrete aspects of a broader, multilingual context that includes the Lusophone islands of Madeira, Cape Verde and Azores, as well as other Caribbean-based ‘ultra-peripheral’ islands that also belong to the European Union, such as Martinique and Guadeloupe. The project maps the historical emergence of a series of transnational cultural tools, especially those of island visualities, which critically engage with the distinctive character and location (geographic, political, historical, and cultural) of modern transatlantic insular environments, cultural practices and local subjectivities.

Proceeding from the hypothesis that island cultures function as isolated ‘archives’ and ‘microcosms’, the project centres on creative articulations of insular exorbitance, social and environmental ruination, and diasporic regeneration in the contemporary context. The project investigates the specific means (e.g. the emergence of particular ‘visual grammars’) through which transnational, de-colonial and ‘ultra-peripheral’ artistic and discursive practices address states of critical change, erosion and renewal. Locating this approach within an inter-insular and ecological perspective, the project investigates a set of conversations and tensions between critical and visual texts to account for the rapidly changing faces of local, diasporic, and counter-hegemonic constructions of these precarious spaces in our age of tourist extraction and environmental depletion.

The project’s central aim is to establish a set of conversations around the meaning and currency of notions of peripherality and insularity in contemporary artistic practices and critical discourses. Its vision is to connect the Canary Islands and the North East of England through a critical investigation of tourist and artistic exchanges connecting peripheral and insular spaces. Its goal is to initiate and consolidate a dynamic exchange between local and international cultural agents (artists, critics, curators and academics) on the one hand, and between art-critical environments (exhibitions, screenings, seminars and workshops) and interested audiences in the Canary Islands and the North East of England on the other.