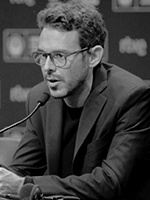 Santiago Garrido Rua is a filmmaker, writer and editor who works on mainstream commercial cinema, art house cinema, television, video and the internet. He has taught Film, Media Arts and Technologies in taught and research programmes in various universities in Barcelona and also at primary and secondary school level in Sardinia since 2002. He trained with iconic Spanish filmmaker Bigas Luna, attending his famous Taller (workshop) in 2001 and collaborating in major projects which have included the films Yo soy la Juani/My Name is Juani (2006), advertisements for Spanish television and the posthumous documentary BigasxBigas (2016) based on over 600 hours of video diaries which he edited and directed. He has recently completed the restoration and edition of Mouche d’amour, an unfinished videoart piece produced by Bigas Luna that will be premiered in Spain in 2020 before touring exhibitions around the world. Santiago’s current focus is on visual technologies (including virtual and augmented reality), image narratives and audio-visual language pedagogy. Santiago Garrido will work with Professor Santiago Fouz Hernández on a short documentary on Bigas Luna and with Professor Cracolici on Ushaw College. 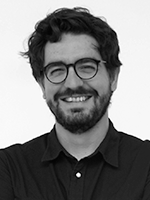 Luis Vives-Ferrándiz Sánchez is lecturer in History of art and visual culture at the University of Valencia (Spain) where he earned his PhD with a thesis about vanitas in the Hispanic baroque culture. His research focuses on the connections between visual and culture in different contexts but mainly in the baroque era. His works deal with the continuity of past in contemporary visual culture and the historiographic models that explain such connections. He is also interested in historiography of art, neo-baroque theory and art, scopic regimes of modernity and postmodernity, photography as identity tool and contemporary iconoclasm. He is the director of Colección Pigmalión, a series of Ediciones Sans Soleil, an independent publishing house specialized on visual culture. His project in Durham focuses on the continuity of baroque art in Spanish contemporary culture such as art, photography, cinema, pop music, comics, cartoons, internet memes, football or television series, where the fascination with Spanish Golden Age is not only a matter of style or aesthetics but also political and identitary. 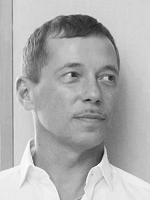 Born in Belarus in 1965, Valery moved to Leningrad in 1982, graduated from the Admiral Makarov State Maritime Academy in 1987 and studied for a year to obtain a doctorate. Soon after Valery left the Marine fleet, and begun writing articles and stories about art. He was soon introduced into artistic circles, and in 1999 began to dedicate himself to arts using photography and writing as a means for expressing his artistic ideas. His first exhibition took place in the House of Photography in Moscow in 2000. He later exhibited in Madrid (Museo de la Real Academia de Bellas Artes de San Fernando), Mexico City (Museo Nacional de San Carlos), the Academy of Fine Arts in St. Petersburg, etc. Currently his works are in the collections of the National Center of Art and Culture Georges Pompidou (Paris), Museo de la Real Academia de Bellas Artes de San Fernando (Madrid), Art Center 2 de Mayo (Madrid), the State Russian Museum (St. Petersburg) and others. Valery currently lives between Madrid, Saint Petersburg and Mexico City.

I have always been interested in a non-volatile relative landscapes - whether it is natural landscape or architectural, or even interior of a house, post office, building of a bank, restaurant, museum, theater - and passing them through the historical events, people's lives, people. I ask my heroes - athletes, circus performers, ballet dancers, my own friends, colleagues or "fathers and sons", if it's a family portrait – to stop. They stop in front of the camera as if in front of the infinity of time and space, revealing in them grandeur, beauty and fragility. These I want them to remember and talk about them such, and therefore photograph, believing that art photography will store their elusive images that touched me, or at least do everything I can to store them. 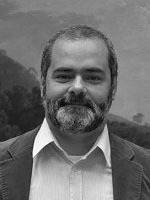 Professor André L. Tavares Pereira is currently a lecturer in the History of Art Department at Federal University of São Paulo. He was a Visiting Scholar to the Yale Center for British Art / YALE (Oct 2016), to the Getty Research Institute - Connecting Art Histories Initiative (Apr-Jun 2011) and to the Universidad Complutense de Madrid (2010). He is a member of the Attingham Trust for the study of historic houses and collections / UK and a coordinator of the studies group TACWARA dedicated to the study of the cultural exchanges between Britain and the Iberian and American context. He is also a participant in the exchange program between the University of Durham and UNIFESP funded by FAPESP, Brazil. Born in Muriaé, MG state, Brazil in 1972, Professor Tavares gained his Master in History of Art in 2000 at IFCH, State University of Campinas, followed by a PhD. Social History in 2006 and PhD. Arts - Drawing in 2009 at IA State University of Campinas.

Professor Tavares is currently investigating the cultural and artistic exchanges between the UK and the Iberian Peninsula and its colonies in South America, from the circulation of artists, artwork and visual models between the contexts along with the establishment of local collections and reflecting on the connections. Since 2016, he has been investigating the topic of British military / topographic artists present in the Iberian peninsula and in Brazil, along with the presence of Portuguese, Spanish and South American art in British collections. He is currently interested in the culture of landscape as understood in late 18th century Britain and how it may might have influenced their Portuguese and Latin American counterparts. He is currently preparing an inventory of British art in collections of Brazil, Argentina, and Chile as a means to understand the circulation of both artifacts and people in those countries primarily between the 1780s and the 1830s. Simultaneously, Professor Tavares expects to understand how collections dedicated to the Iberian countries and their artistic heritage were formed and discussed in the UK, hence his interest in the Zurbarán Centre's research initiative. In Apr 2019, Professor Tavares will take part in a congress organized by the University of Granada dedicated to the diffusion of Andalucian Art in Brazil and the US. 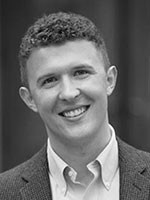 Adam Jasienski is Assistant Professor of Art History in the Meadows School of the Arts at Southern Methodist University in Dallas, Texas. He received his BA, MA, and Ph.D. from Harvard University and has held fellowships at the Center for Advanced Study in the Visual Arts at the National Gallery of Art, the John Carter Brown Library at Brown University, and the Casa de Velázquez - École des hautes études hispaniques et ibériques (EHEHI) in Madrid. During his time as a fellow at the Zurbarán Centre for Spanish and Latin American Art he will work on his book manuscript, provisionally entitled Praying to Portraits: Identity, Inquisition, and the Crisis of Sacred Art.