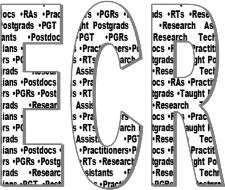 To celebrate the Wolfson Research Institute for Health and Wellbeing moving into its 16th year and in recognition of the importance of Early Career Researchers (ECRs) from all universities in the growth and sustainability of health and well-being research, The Wolfson ECR Committee are hosting our second ECR event on the 26th February 2018. The ECR Impact in Research Event considers impact in research, the implications this has for contributions to theory, society and the economy and the importance of generating this in our research.

We seek to help ECRs make sense of what 'impact' means in terms of their own research and how they might demonstrate impact as an outcome of their research projects. The event draws on the personal experiences of an esteemed researcher from Durham University who will share her experience of evidencing impact in her own research as an ECR which she has developed throughout her academic career.

The event welcomes Dr Victoria Money who completed her PhD studies in chemical crystallography under the supervision of Prof. Judith Howard at Durham University in 2004. She then moved into the area of protein crystallography working with Prof. Gideon Davies at the York Structural Biology Laboratory. In 2006 she was awarded a European Molecular Biology Organisation Long-Term Fellowship and spent two years in Auckland, New Zealand working in the laboratory of Prof. Ted Baker studying membrane proteins from Mycobacterium tuberculosis. Since her return to the UK and Durham in 2008, Victoria has worked on a variety of projects and in 2010 was awarded a Royal Society University Research Fellowship.

In her current role as Senior Impact and Engagement Manager in the Research and Innovation Services (RIS), Dr Money provides support for research impact, working with academics across Durham University to support the opportunities for their research to have impact and preparing academics for REF2021.

We will begin by hearing and drawing upon Dr Money's insights on impact in research followed by lunch where we encourage you to informally network with your peers. The collaborative nature of this event opens up the doors of the WRIHW to ECRs from all North East universities in recognition that impact in research reaches beyond the boundaries of our own institution.

The ECR Impact event will be hosted in the Collier Room, St Hild and St Bede College, Durham University, Leazes Road, Durham on the 26th February from 12pm - 2pm. We ask that you arrive for 12.00pm to enable the talk to start on time at 12.15pm.

Parking is restricted to Durham University members of staff only. We strongly recommend that you use the park and ride services or Durham City public car parks. If you are community by train please click on this link: Rail information

We look forward to seeing you there!

A University Education - The Rt Hon. the Lord David Willetts

David Willetts, Baron Willetts of Havant, was Minister for Universities and Science in the Coalition Government 2010-2014, having previously served as an adviser in the Treasury and Margaret Thatcher’s policy unit. He famously presided over the introduction of £9000 student fees, the opening of the university market to alternative for-profit providers, and the removal of the enrolment cap. As an eloquent and scholarly Oxford-educated critic of Oxbridge privilege and promotor of university pluralism, notably in teaching quality and curriculum breadth, and an unrepentant advocate of the need for market-driven continuous change of the university in today’s global context, he remains to this day a figure of controversy. Yet he is also a fierce critic of unintended Brexit consequences and the Home Office immigration policy on foreign students, a strong apologist of the British universities’ tradition of international research excellence, and a staunch defender of university autonomy, who sees the university as a chief pillar of occidental and global advancement. In the footsteps of Wilhelm von Humboldt, John Henry Newman – and David Lodge – David Willetts has just published his personal memoir and vision of the future, A University Education (OUP, 2017).

David Willetts will be sharing his vision of the Future of the University in a public lecture on Thursday 8 February at 20.00 in the Great Hall of University College (Durham Castle).

This lecture is free and open to all, and is on a first come, first served basis.
Doors to the Great Hall will open at 7.30pm.For further information contact the IAS (enquiries.ias@durham.ac.uk) or University College.

We live in an age of uncertainty. Universities, in particular, live in an age of uncertainty. Descended perhaps from the Platonic Academy, universities used to be elite and autonomous institutions, both academically and socially. But universities rightly, even after the influential idealistic reforms of Wilhelm von Humboldt and Cardinal Newman, always also retained the valid mediaeval and Enlightenment tradition of professional training in instrumental modes of knowledge. In Britain, we have experienced waves of expansion, not only after the Robbins Report in 1964, but also under the Blair government’s knowledge economy widening of access, which aspired to admit 50% of each school-leaving generation to university. This has been accompanied by the dissolution of the binary system with the emergence of former Polytechnics as New Universities. In recent years universities, and not only in the UK, have in the context of new economic priorities been required to seek funding through greatly increased fees on an American model, to seek research funding through increased collaboration with third parties, and to face the challenges of both digitally-based modes of study and wholly private competitor institutions. More recently still, there is emerging a new global market, beyond Europe and North America, where distinguished emergent universities are already competing for student customers. And now Brexit looms.

In the face of this rapidly changing landscape, urging instant adaptive response, it is too easy to discount fundamental questions. What is the university now for? What is it, what can it be, what should it be? Are the visions of Humboldt and Newman still valid? If so, how?

The fourth lecture in this series will be given by Professor Stuart Corbridge, Vice Chancellor, Durham University, entitled: The Uses and Misuses of Universities on Wednesday 28 February 2018.