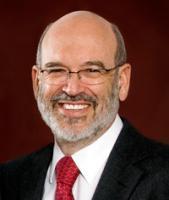 The Wolfson Research Institute is delighted to welcome Professor Sir Peter Gluckman to deliver a guest lecture entitled "Communicating complex and post-normal science to the policy maker and the public - lessons from New Zealand" on Tuesday 24th January 2012.

Places are limited to this lecture, therefore please register using this link to confirm your attendance.

Professor Sir Peter Gluckman originally trained in Dunedin and Auckland as a paediatrician with an interest in endocrinology and after two years as a doctor he entered the field of research. He then spent four years as a postdoctoral fellow and then Assistant Professor at the University of California in San Francisco, and then on its faculty working on how fetal hormonal systems developed and how growth was controlled.

In 1980 he returned to New Zealand to set up a research group funded by the then Medical Research Council. He spent the next seventeen years funded on research grants developing a group of more than 60 people focused on developmental endocrinology and neuroscience. This work both addressed issues of human growth and development and pastoral animal growth and development. In 1991 he was appointed Dean of the Faculty of Medicine and Health Sciences at the University of Auckland while continuing to lead an active research group.

His group had started to make a number of findings that could be patented, that had value to the major pharmaceutical companies and in time were to lead to several NZ-based biotechnology spinouts.

They also made discoveries based on apparently 'blue skies' research of no obvious value that in time were lead to something of immense human value - namely from studies of an erudite observation on how hormone levels in the fetus change at birth, they ended up developing the first effective therapy for brain damage at birth. It is the classic example of why curiosity must be a key starting point for innovation.

When he left the Deanship in 2001 to set up the Liggins Institute it was in the belief that New Zealand must have critical masses of scientists doing world class research. The key point of the Liggins was that they took a multidisciplinary approach with staff ranging from theoreticians to traditional molecular, cellular and clinical biologists to economists to address what he regarded as one of the major issues in biology and medicine - how does a poor start to life impact on health and disease risk throughout life? This led him into two major passions - epigenetics and evolutionary biology, where most of his science time is now spent. He now leads a consortium, the Epigen Consortium, comprising six centres in three countries trying to progress developmental epigenetics to improve the human condition. In 2004 he was funded to set up one of the seven new Centres of Research Excellence in New Zealand, the National Research Centre for Growth and Development (NRCGD), and he believes this has been an extraordinary success in showing how science can transcend institutional boundaries and exploit many latent synergies in our science community. He has always believed in science as an international enterprise, and the Epigen Consortium led in turn to my being asked on a part-time basis to develop the Centre for Growth, Development and Metabolism in the newly formed Singapore Institute for Clinical Sciences - which is now part of the Biopolis enterprise. Sir Peter continues in this role.

He also believes that science must not be immune from its community and so developed LENScience - this is an elaborate programme of experiential involvement of school children in science.

In taking on the Chief Science Advisor role, which is part-time, he has stepped down as Director of the Liggins Institute and of the NRCGD but will continue his research interests in the developmental origins of health and disease, epigenetics, the public understanding of science, evolutionary medicine and in the interface between human and pastoral animal biology. 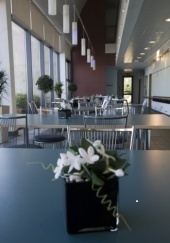 Join us Monday 9th January 2012 at 10:30am in the Street for the opportunity to network and catch up with colleagues and Fellows over coffee.