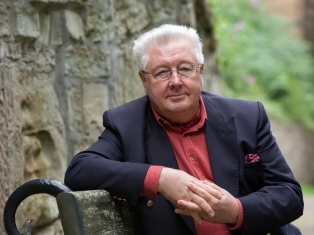 Durham University theologian, Professor Douglas Davies has been elected as a Fellow of the British Academy in recognition of his outstanding contribution to research in the humanities and social sciences.

He is well known nationally and internationally for his work on death, funeral rites, Mormonism, religion, and the relationship between anthropology and theology.

Fellows of the British Academy represent the very best of humanities and social sciences research, in the UK and globally.

Professor Davies joins a long list of Durham University staff who have been named Fellows of the British Academy over the years, testament to the world-class research environment and culture at the University.

This year’s new Fellows are experts in subjects ranging from feminist theory to the economic development of Africa; medieval history to Indian philosophy and face perception.

Professor Davies is a Professor in the Study of Religion at Durham's Department of Theology and Religion and also Director of The Centre for Death and Life Studies.

Professor Davies has supervised many postgraduates across all these fields and works alongside funeral professionals and church leaders in his research on cremation, woodland burials, the re-use of graves, the theology of death, and religion.

His recent book, Mors Britannica, Lifestyle and Death style in Britain Today, explores many themes of death in Britain. His previous work has included research into why people choose woodland burials.

Professor Davies, who is already a Fellow of both the Academy of Social Sciences and The Learned Society of Wales, said: “I am really pleased to become a Fellow of the British Academy and have my interdisciplinary work recognised in this way. I am looking forward to the opportunity to foster further research and discussion on contemporary social issues in and beyond Britain through the Fellowship.”