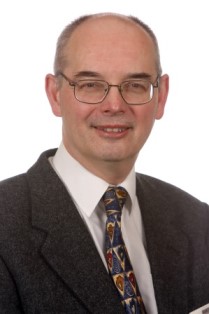 The Department of Theology and Religion at Durham University, within which the Centre for Catholic Studies (CCS) is situated, and Durham University Business School are delighted to announce the concurrent appointment of Dr Mark Hayes as the inaugural holder of the St Hilda Chair in Catholic Social Thought and Practice. Dr Hayes’ appointment will begin in September 2014, when he will be installed as a Reader of Durham University.

This endowed research and teaching post was made possible by a number of benefactors and supporters across the UK, Europe and the US, who contributed towards the necessary c.£2,000,000 endowment for the Chair. This enabling group includes major foundations, women’s religious congregations, and business executives who are each passionate about providing first-class academic resource, which by producing fresh research and understanding can contribute both to the constructive development of the Catholic Social Teaching tradition and to its imaginative practical application and dissemination amongst scholars and professionals alike.

Letters of support were provided by: H.E. Cardinal Peter Turkson, President of the Pontifical Council for Justice and Peace; H.E. Cardinal Vincent Nichols, Archbishop of Wesminster; Rt Rev. Seamus Cunningham, Bishop of the Roman Catholic Diocese of Hexham and Newcastle, and – in an inspiring show of ecumenical support for CST – the Most Rev. and Rt Hon Justin Welby, Archbishop of Canterbury.

Dr Hayes is currently Fellow and Director of Studies in Economics at Robinson College and an Affiliated Lecturer in the Faculty of Economics, University of Cambridge. His non-academic background is in finance, as an investment manager at 3i, and as principal founder and Managing Director (1990-99) of Shared Interest, the co-operative lending society that finances Fair Trade. Dr Hayes’s professional and personal interest in Catholic Social Teaching dates to this time. Educated at Stonyhurst and Cambridge, he holds his PhD (2003) from the University of Sunderland.

His primary teaching and research interests have been in macroeconomics, finance and co‑operative law. He has written on the economics of Fair Trade, for which he holds the 2006 Helen Potter Award from the Review of Social Economy. His major book is The Economics of Keynes: A New Guide to The General Theory (2006) and has also published a review of the Vatican’s recent reflections on the reform of the international financial and monetary system (ROSE, 2013) and provided notable commentaries on economic and social issues for media partners such as The Tablet, BBC, the FT, The Guardian and others. He is the Secretary of the Post-Keynesian Economics Study Group and a Trustee of the Association for Social Economics. He is on the Editorial Boards of the Review of Social Economy and the European Journal of Economics and Economic Policies.

Dr Mark Hayes, St Hilda Chair-elect, said: “What does it mean to love your neighbour as yourself in a complex global society? Consider, for example, unemployment, inequality, welfare, the financial system: all pressing and contentious economic issues; or more subtly, consumer choice
and corporate ethics. The Church in the widest sense needs more tools and training to translate its insights into terms that society as a whole can engage with and which stand up to critical scrutiny. What a challenge and what an opportunity!”

Professor Alec Ryrie, Head of Department of Theology and Religion, said: "This is an exciting appointment to an exciting post. Dr Hayes' work bridges theology and economics and connects the academy to real-world economic issues such as Fair Trade. Having him in this post in Durham offers a unique opportunity to bring Catholic social thought and practice into conversation with a very wide range of ecumenical and secular dialogue-partners, a set of conversations from which we will all benefit."

Professor Paul D. Murray, Dean and Director of the CCS, said: “An ambition of the CCS Directorate was to attract an accomplished academic economist with industry credentials who could bring wide credibility and access to this post but who also has a deep personal connection with Catholic Social Teaching and the desire and ability now to develop this dimension of their work to full potential. Mark Hayes fits perfectly this description.

“In addition to all he brings, we hope that Dr Hayes will gain both personally and professionally from working closely with distinguished colleagues such as Dr Anna Rowlands, Prof Geoff Moore, and Prof Robert Song, as also with the other staff, student and public communities of the CCS and the great theological riches it represents.”

Professor Geoff Moore, Professor of Business Ethics and Deputy Dean, Durham University Business School said: “Durham University Business School is delighted to be a part of this significant initiative and is looking forward to welcoming Dr Mark Hayes. There is potential for some outstanding and much-needed interdisciplinary work combining a critique of global economic systems with Catholic theology.”

Dr Anna Rowlands, Chair of the UK Centre for Catholic Social Thought and Practice, said: "This is a truly ground-breaking post for those of us who are passionate about the development and impact of CST in the UK and I am delighted that Dr Mark Hayes has been appointed as the inaugural holder of this position. Based upon his considerable business and academic expertise, Mark will have an invaluable contribution to make to the growing community of business leaders, social entrepreneurs, engaged academics and Church leaders who are taking up Benedict XVI and Francis' invitation to rethink and remodel our dominant forms of economic life."

His Eminence Cardinal Nichols, Archbishop of Westminster and President of the Catholic Bishops’ Conference of England and Wales, said: “This appointment comes at a time of widespread interest in exploring what can be gained from Catholic Social Teaching in response to challenges facing our society. This clearly demonstrates the vital contribution we can make to the flourishing of society in pursuit of the common good."

His Eminence Cardinal Peter Turkson, President of the Pontifical Council for Justice and Peace, said: "Indeed the time has urgently come to educate and form men and women in Catholic Social Thought and Practice. Their challenge is to integrate this discipline into their faith life, and through greater dialogue and principled leadership, to implement it in social and charitable efforts, in economic and commercial enterprises, and in communications, politics and culture. The Pontifical Council for Justice and Peace congratulates Dr Mark Hayes on his appointment to the St Hilda Chair of Catholic Social Thought and Practice at Durham University."