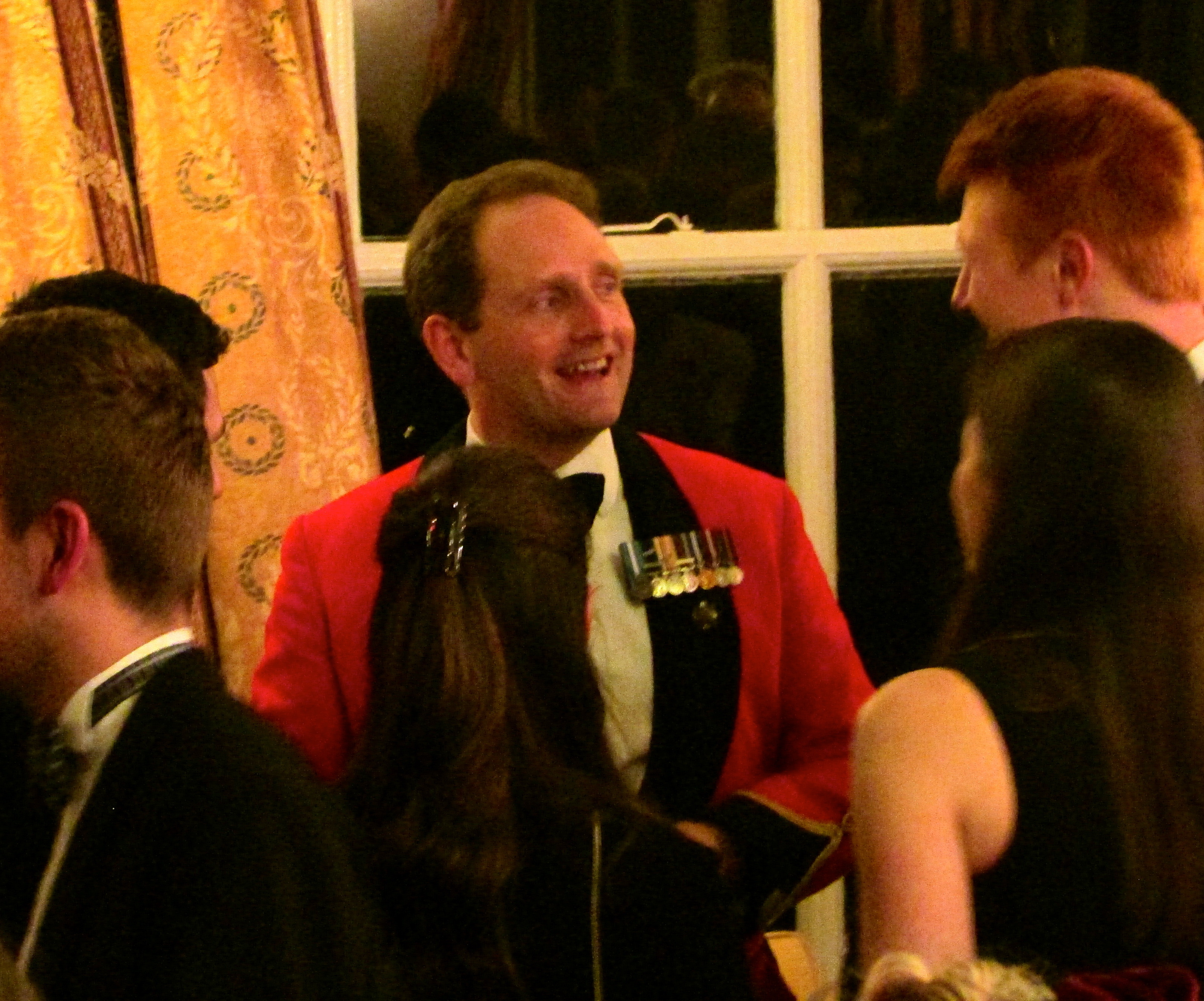 Last night we celebrated our military heritage and our Refounders (those who resurrected Cuth's after it was disbanded during WWII) at our annual Formal Dinner.

Following a suptuous three course meal we were treated to short speeches from guests at high table: Albert Hodgson, a student here in the early 1950s, stated that all Cuthspeople would become leaders in one way or another due to their experience at the Society, and encouraged the students to go for their goals; Revd Colin Colclough, one of the original Refounders of 1948, spoke movingly of the great honour he felt at being back amongst friends at St Cuthbert's and of the diversity of company he enjoyed during his time here; finally Brigadier Charles Herbert unashamedly attempted to recruit all of the attendees into the service of the country, speaking on the importance of devotion to the country and the brave men and women protecting us all every day.

The choir ended the evening with two songs: 'The Bonnie Lass o' Fyvie', about a soldier who falls in love; and 'The Golden Vanity' about a sailor who swims alongside the enemy's boat to drill holes in the bottom and sinks it!