Each academic year, Cuth's hosts a Fellow-in-Residence, who lives and works in Cuth's, and promotes artistic, cultural or academic engagement within the Cuth's community. 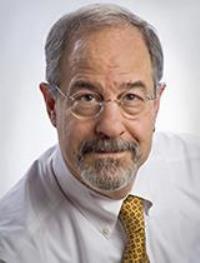 Ted Gup is a Boston-based author, award-winning journalist, and experienced professor of journalism. He has written widely about government and public institutions, and is recognized as an authority on the subject of secrecy and its impact on democracy. For many years he was an investigative reporter with The Washington Post on Bob Woodward’s project team. There he wrote more than 100 front-page stories for the Post. His work has been recognized as a Pulitzer finalist in national reporting and was honored with the George Polk Award, the Worth Bingham Prize for investigative reporting, the Gerald Loeb Award, and other awards. He later covered Congress and the environment for Time Magazine and was its Washington investigative reporter. His work has appeared in a wide array of publications including The New York Times (he is a frequent contributor to the op ed page,) the Nation, Smithsonian, National Geographic, Sports Illustrated, the Harvard International Journal of Press and Politics, Slate, National Public Radio, and The Chronicle of Higher Education. During his time with Cuth's, Ted will be offering two writing courses, one on journalism and one on non-fiction writing. He would also be happy to speak individually to students about writing and careers in journalism