Juline Beaujouan joined the School of Government and International Affairs (SGIA) in October 2016 when she was awarded the al-Sabah doctoral fellowship named in honour of General Sir Peter de la Billière. Her doctoral research investigates the effects of Islamic State’s use of language on key issues characterizing the dynamic, modern Middle East, such as diplomacy, migration, identity, and social cohesion. Drawing on a three-dimensional approach to the analysis of narratives, her project studies the formation and recontextualization of IS’s socio-political narrative by Middle Eastern media, academia and populations. She was awarded a doctorate in early 2020. Her work forms a major part of the 'Transnational Language, Transient Identities, and the Crisis of the State in the Arab Region' subproject, led by Professor Anoush Ehteshami. 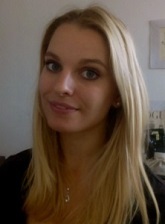