‘Mutations in Citizenship’: Activist and Translational Perspectives on Migration and Mobility in the Age of Globalisation

Migration has always played an important role in the history and development of human societies, but the past fifty years have seen marked rises in the movement and mobility of diverse populations worldwide. An unprecedented 244 million people now live in a country other than that in which they were born, a figure which has already increased by 41 percent since the start of the new millennium. Moreover, the structural forces driving this trend (technological progress, demographic imbalances, economic inequalities, political instability, conflict, persecution and the effects of climate change) are unlikely to be reversed, and many predict an intensification in international migration over the course of the next century.

In her analysis of this phenomenon, social anthropologist Aihwa Ong promotes the idea of ‘mutations in citizenship’ as a means of interrogating the extent to which 'an ever shifting landscape shaped by the flows of markets, technologies, and populations challenges the notion of citizenship tied to the terrain and imagination of a nation-state'. Her work draws attention to a growing disjuncture between the mobility rights of different populations in the contemporary global order and sheds light on the implications for contemporary understandings of the relationship between nationality and citizenship. On the one hand, certain (elite) population groups are increasingly able to respond flexibly, fluidly and opportunistically to dynamic borderless market conditions, moving freely around the world both for work and for leisure, and claiming citizenship-like rights and entitlements wherever they land. Those categorised as ‘surplus populations’, on the other hand, increasingly find themselves restricted in their efforts to make rights-based claims and to gain access to fundamental material needs, both within their home countries and as they attempt to move across national borders. Indeed, as Hannah Arendt argued, the experience of refugees in particular – i.e. migrants in search of an escape from war and/or persecution – disrupts the perceived continuity between human rights and citizenship which underlies the ideology and structures of the modern nation state. Consequently, many voices, including translation scholars such as Moira Inghilleri and Loredana Polezzi, now call for a renegotiation of traditional conceptions of citizenship, demanding a political agenda which might help better protect and uphold the rights and needs of those most in need of their material realisation. This also has important consequences for conceptualising the role of translators and interpreters in contexts such as the asylum system and refugee camps.

The 'Mutations in Citizenship' symposium seeks to explore the following questions:

The event takes place in Manchester on 23 March 2018. It is co-organised by Henry Jones and Mona Baker and features contributions by Moira Inghilleri, Tanja Müller, Loredana Polezzi, and Polina Kliuchnikova. See full abstracts.

The event is hosted by the Genealogies of Knowledge project and the Centre for Translation and Intercultural Studies at the University of Manchester, with support from the Transnational Strand of the Cross-Language Dynamics OWRI project and the Centre for Interdisciplinary Research in the Arts and Languages at the University of Manchester.

For further information go to the event's dedicated webpage. 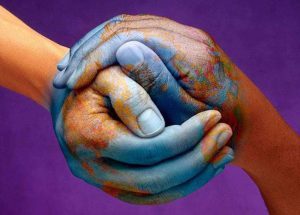