Nationalism, Ethnicity and Cultural Diversity in the Digital Age

It has been over 35 years since Benedict Anderson published his seminal Imagined Communities (1983). Much has happened over the past three and a half decades. The development of digital technologies, in particular, has brought about profound changes to many spheres of social life, including media and nationalism. Today’s digitally mediated national ‘imagination’ and people’s sense of belonging to the same nation goes far beyond the reach of Andersonian print capitalism, transforming the very notions of the nation-state and national identity. In recent years, a significant degree of scholarly attention is being paid to topics such as digital nationalism, online populism, digital media and identity formation, cyberspace and transnationalism. What brings together these diverse subjects is the continued, and in fact growing, salience of ethnic identification in multicultural societies, as well as the simultaneous desire to find new ways of boosting social solidarity within them. Surprisingly, though, it is still rare to find more systematic treatments of how digital media are transforming nation-building, ethnic mobilisation, and the fostering of cultural diversity in contemporary societies.

This symposium, organised by Dr Guzel Yusupova and hosted at Durham University on 14-15 March 2019, brought together scholars from different disciplines and research areas, to discuss approaches to understanding the role of digital media in ongoing transformations of nationhood, ethnicity and cultural diversity within and in-between states. We considered four main themes within this framework: 1. Cyberspace, language and the construction of ethnic and national identity within nation states. 2. Memory wars, cultural heritage and digital negotiations of identity in the borderlands. 3. Digital economy and distant nationalism: the (re)production of ethnic identity online. 4. Citizenship, xenophobia and populism in the digital age. We discussed how we can reconsider scholarly ideas on key aspects of ethnic identity, including: a) linguistic repertoire and language ideologies; b) negotiations of national and individual memory; c) practices of ethnic production and consumption; d) citizenship and sense of national belonging. Ultimately, our aim was to come up with possible explanations of the new normality of ethnically diverse societies in a digital age.

In his keynote lecture, Professor Peter Rutland (Wesleyan University) highlighted the importance of the visual in the contemporary life of digitally-mediated societies, and the relative neglect of this among political science scholars who are yet to develop suitable methods for studying the way in which powerful digitally-circulated imagery forms around and effects political events. Taking a media-studies perspective on the conference topic, Sabina Mihelj and Michael Skey (University of Loughborough) provided an overview of the many ways in which ongoing changes to communication infrastructures are prompting the need for new approaches to the study of nationalism in the 21st century. Focusing on the case of the Russian Federation, Stephen Hutchings (University of Manchester) and Sam Greene (King’s College London) scrutinised the complex and equivocal role of digital media as a tool that an authoritarian regime might seek to use to project and legitimise its vision of sovereignty. Guzel Yusupova (Durham University) in turn compared how mobile media is deployed in different but intertwined ways by ethnic-minority nationalisms, on the one hand, and state-led ones, on the other. Shifting to the problem of identity-making in the diaspora, Leila Wilmer (University of Loughborough) looked at the role of digital technologies in long-distance nationalism among second-generation Armenian migrants, Aya Yadlin-Segal (Hadassah Academic College) considered the concept of ‘lived ethnicities’ in online constructions of 'homeland' by the Israeli-Persian community, while Ivan Kozachenko (University of Cambridge) discussed the impact of the digital media on the individual self-expressions of members of the Ukrainian diapora during the ongoing Ukrainian-Russian conflict. In the final panel, Paul Good (University of Bath) considered the increasing importance of artificial intelligence technologies in new national projects as well as inter-state competition, while Tamara Trošt (University of Ljubljana) discussed the methodological utility of user-generated content in Instagram as a means of exploring national identification.

Overall, the two days discussion brought up many important questions of a methodological and theoretical nature, advancing our understanding of the social mechanisms behind the politics of contemporary digitally-mediated identities in multi- and trans-national contexts, at both state and everyday level, laying down the foundations for further research and future collaborations around this topic. The main output of this symposium is a special section, titled 'Transformation of Nationalism and Diaspora in the Digital Age', which is due to be published online in Nations and Nationalism in the autumn of 2020. 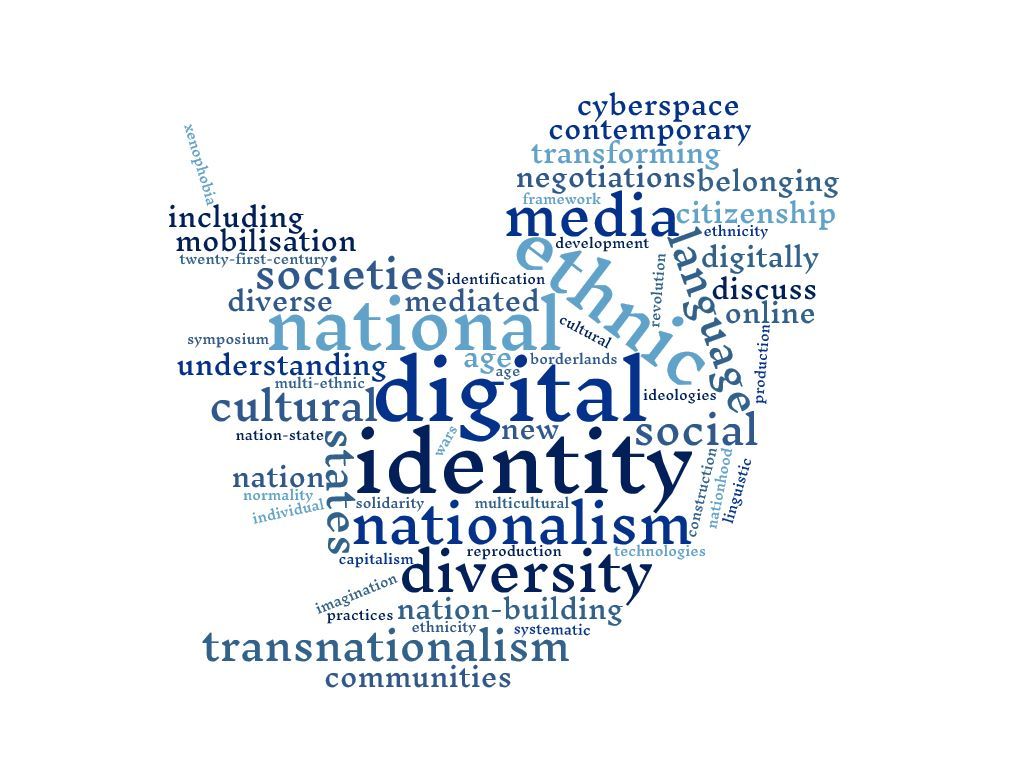