Decentred / dissenting connections aims to combat the notorious fragmentation and complexity of the Caribbean by establishing connections across institutions, disciplines and languages. This event was designed as a first contact between scholars from North East England working with Dutch, English, French, Spanish and Creole languages, brought together by a common desire to re-envision the Caribbean. It is our hope that this first contact will spark conversations and collaborations, developing into a series of regional workshops and culminating in an edited volume that will bring the study of Caribbean film and visual cultures systematically up to date.

A significant group of scholars works on the related fields of Caribbean visual culture and film in departments across the North East of England. Moreover, there is considerable institutional momentum in the two leading institutions we represent, encompassing Durham University’s Centre for Visual Arts and Culture and Research Group on World Cinema and Cosmopolitics, Newcastle University’s Centre for Latin American and Caribbean Studies, and both universities’ ongoing collaborations with the Tyneside Cinema, BALTIC Centre for Contemporary Art, and the ¡VAMOS! Festival. However, the region does not yet have a platform that could connect disciplines, academics, and practitioners to foster a new vision of Caribbean film studies and visual culture or to facilitate public exposure to and engagement with this dynamic body of work. Decentred / dissenting connections aims to lay the foundations for such a platform.

Creating connections between English, French, Dutch, Spanish, as well as Creole languages, this event also looked to strengthen Modern Languages as a discipline, inviting scholars who all too often remain limited by linguistic boundaries to learn from and with each other. The linguistic, geographical, and disciplinary dispersal of scholars interested in the Caribbean is not only the cause and effect of a relative dearth of comparative and region-wide perspectives on the film and visual cultures of the Caribbean, but also echoes the material and economic difficulties faced by island-based and diasporic practitioners. Decentred / dissenting connections takes the first steps towards combatting this dispersal, forging productive connections and lasting collaborations. Furthermore, by increasing the visibility of Modern Languages research in the North East, we aim to turn a relatively remote part of the UK into a centre for the study of the similarly oft-peripheralised Caribbean.

Decentred/dissenting Connections addressed the fragmentation of studies of the Caribbean by elaborating a more unified vision that nonetheless accounts for proliferating transnational connections and increased, multilayered co-productions. In doing so, we thought through the ways in which the film and broader visual cultures of the Caribbean reconfigure our spatial orderings of the world (through notions such as the Global South), reframe established conceptualisations of connection (such as cosmopolitanism), and reassert the urgency of multilingual, cross-disciplinary scholarship. We engaged with current debates on diaspora and creolisation; relationality and mobility; migration and cosmopolitanism; the relevance and reach of the Global South and decolonial criticism; and the centrality of multilingual approaches to the study of visual cultures and film in Caribbean contexts. Signalling the growing international presence of Caribbean visual culture and film studies, our conference contributed to and expanded a Global South-driven ‘view from the North’. 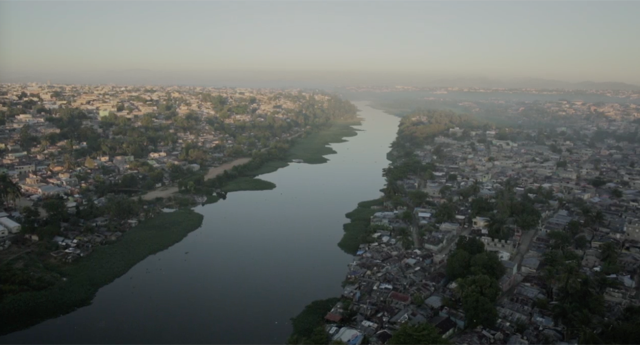