Symposia on Migration and State Violence

Two meetings under the above title took place at Durham University - the first on 14-16 June 2017 and the second on 10-12 July 2019. The events brought together scholars from different disciplines and parts of the world to explore how we conceptually handle and critically engage with the currently unfolding ideological figurations of 'migration' and 'the migrant'.

The aim of the first, 2017, meeting was to explore how the manifold movements of people and processes of bordering are impacting and directing our own intellectual and ethical approaches to these themes and questions. Our ambition was to generate new concepts and meanings as tools of scholarly engagement with the regimes of, and responses to, contemporary global social motion. Among the questions that we addressed were the following:

What are the conditions through which expulsed, mobile 'others' are made, and what is their relation to the future – to quests of and claims for inclusion, which oftentimes transcend conventional understandings of citizenship and the nation? The borders that are being crossed are not simply territorial: they map out not only spaces of reified state sovereignty, but also imaginaries of desirable and undesirable bodies, bodies at risk and pre-risk bodies (bodies marked as already transgressive and hence disposable). How then is the figure of the migrant changing in the context of neoliberal globalization? Has the migrant, conceptualised as somone who moves from instability to stability, thus balancing out the world's socio-economic inequalities, been turned into a fugitive who flees from one state of crisis to another – an expression of the state of human disposability?

See the full programme of the 2017 symposium.

At the second, 2019, meeting we continued to provocatively engage in, inquire, and rethink the manifold and unstoppable movements, expulsions of bodies, figurations of borders, and processes of bordering that are impacting and directing our critical junctures around these themes. The intellectual exchange – deliberative, complementary, and perhaps even conflicting – allowed participants to work through the following key questions.

How are we conceptually handling and theorizing the unfolding but also intersectional scholarly archive of the migrant and migration? What are the conditions through which expulsed others are made, and what is their relation to the future, to the quest of and claims for inclusion, which may/oftentimes transcend conventional understandings of citizenship and the nation? What new concepts of meaning are we generating as a tool of engagement, as an animating but lasting epistemology that helps us register the regimes of global social motion including their agentive responses?

See the full programme of the 2019 symposium.

John Morán González (The University of Texas at Austin) 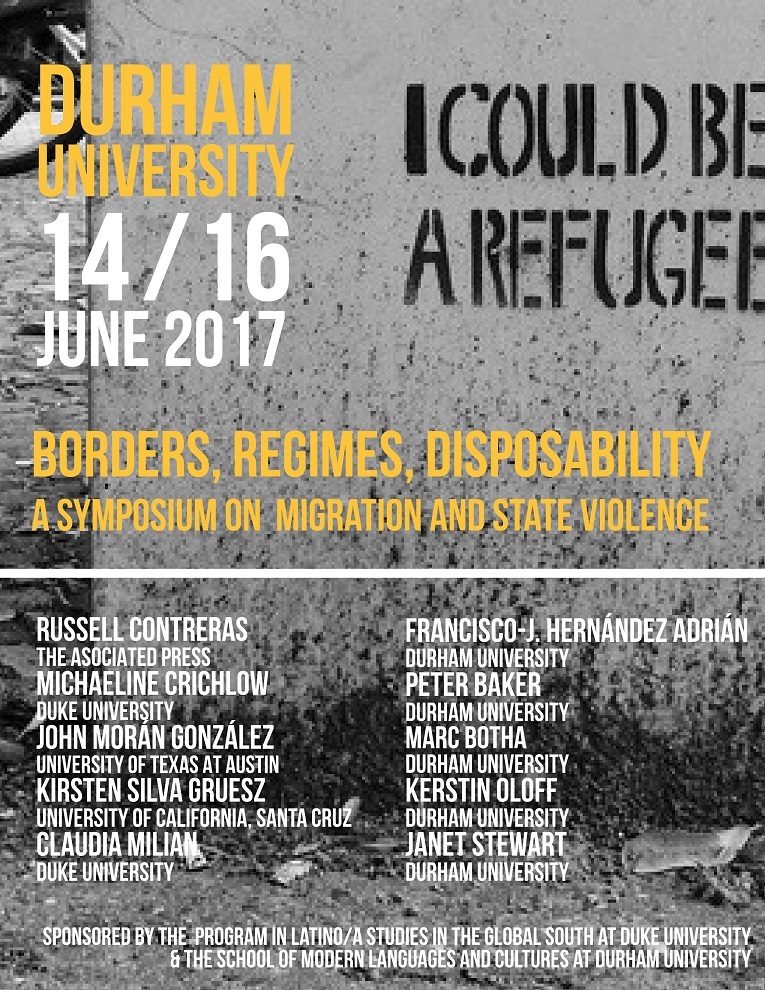 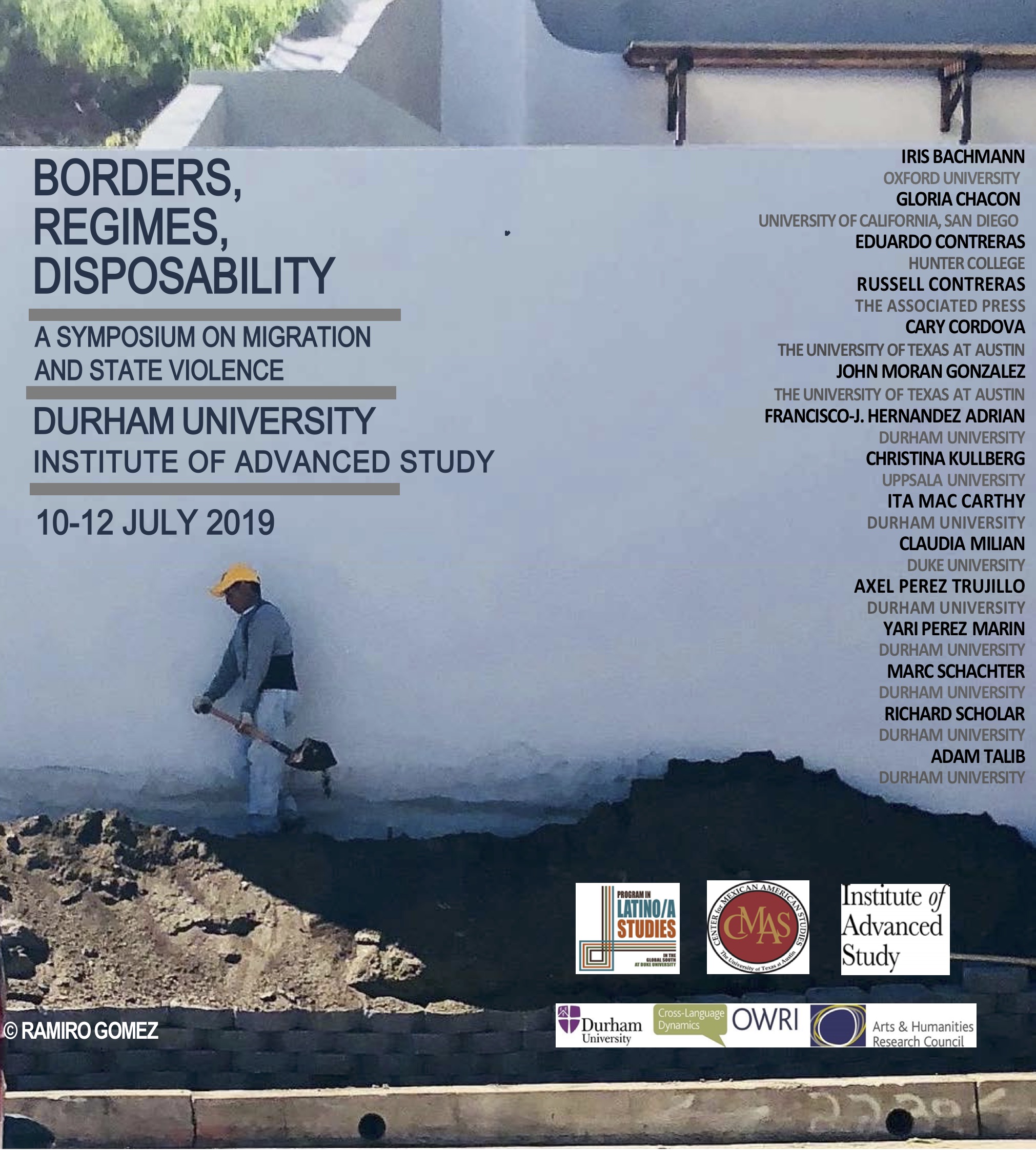