The metaphors we use to imagine societies, communities and nations have a profound effect on our sense of belonging, and chief among such metaphors is that of the body politic. As well as shaping how individual subjects conceive of their role within the nation, this corporeal vision also informs perceptions of other national cultures: at worst, the body politic is conceptualised as an autonomous, self-enclosed system, with any foreign element seen as antigenic and thus necessarily dangerous. But texts, especially literary texts, have always challenged such notions of enclosure. Throughout history, writers have problematised ideas of national identity, moving across borders both imaginatively and in reality. They have also questioned various aspects of embodied identity, encouraging us to rethink how we relate to our own bodies and those of others. This series of events, convened by Dr Sam Bootle and Dr Zoë Roth, explores how texts intervene in a bodily vision of nationhood, examining various kinds of relationship between bodies, texts and nations.

The history of the body politic image stretches back to Plato’s Republic and Aristotle’s Politics, and also includes Plutarch, Augustine, Shakespeare, Hobbes and Rousseau; it is particularly prevalent in times of (perceived) crisis. In late-nineteenth-century France, for example, the annexation of Alsace-Lorraine by Germany was figured as an amputation that left the body of the French nation heroically wounded. For Émile Zola, the writer’s role in such a society was analogous to that of the experimental physician: the Naturalist novelist’s task was to study the body politic and diagnose its ills. Some texts, though, were seen to betray this vocation, instead corrupting society with their representations of disease, deviance and debauchery; indeed, these Decadent texts were themselves imagined as infectious bodies, both for their subject matter and for their formal subversions. Moreover, they were seen as a powerful vector for foreign ideas, most notably those of German pessimist philosophers. Building on such examples, this series of events looks at the role played by textuality in the organicist model of nationhood. In what ways do texts deconstruct or productively re-imagine the metaphor of the body politic? What place might there be for a (bio)politics of aesthetics?

In addition to exploring how texts manifest the tension between bodies and national spaces, we also examine new theoretical and methodological approaches to the body. Political representation within the nation is often granted according to the visibility (or invisibility) of bodily characteristics, such as race, sexuality, and gender. Subjects who are deemed bodily matter out of place are excluded from political protections. Literary criticism, however, continues to insist that the body inherently escapes signification, thus remaining governed by the paradigm of representation that determines what subjects will be humanised (Butler). Can literary criticism find new ways of describing and theorizing the relation between bodies and texts in ways that do not reinforce the exclusive politics of the nation? Would a focus on form rather than representation, aesthetics instead of politics, produce new spaces of belonging?

The full list of events is available below. See the report on the seminar series, with abstracts for each talk.

Dr Cat Moir (University of Sydney), 'Living Gregariously: Engels' Reception of Darwin and his Critique of Social Darwinism', A56, 5-7pm.

Dr Claire White (University of Cambridge), ‘The Affair Before the Affair: Zola and The Lourdes Scandal’, ER146, 4-6pm.

Dr Manon Mathias (University of Glasgow), ‘The Gut-Mind Connection in French Medicine and Literature: the Case of Autointoxication’, ER157, 12-1pm.

Dr Zoë Roth (Durham), 'When is a Jewish Nose like Pornography' in MLAC's Work in Progress seminar, as contribution to the Body, Text, Nation seminar series (ER153, 12pm).

Dr Dan Hartley (University of Leeds), 'The Politics of Style: Towards a Marxist Poetics', ER1, A56, 5pm.

Dr Cécile Bishop (NYU), 'Photography, Race, and Invisibility: The Liberation of Paris, in Black and White', ER1, A56, 5pm. 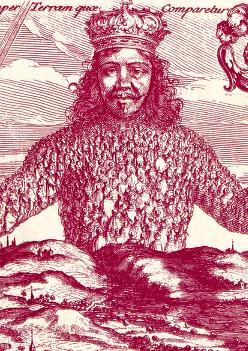