Dr Abir Hamdar 's play Wasafuli al-Sabr [I am Waiting for You], directed by Lina Abyad, was performed in Nabatiyeh, South Lebanon, hosted by the Nabih Berri Government University Hospital, and also in Sanayeh House, Beirut.

Dr Guzel Yusupova presents at the Russian Readings conference, School of Geography and the Environment, University of Oxford (30 November - 1 December 2018).

Dr Konstantin Zamyatin presents on ‘Policy Formation in the Finno-Ugric Republics of Russia in the Post-Soviet Period: an Analysis of A Political Cycle’ at the conference Language Unity and Linguistic Diversity in Ð° Polyethnic Country’, Research Center on Ethnic and Language Relations, Institute of Linguistics of the Russian Academy of Sciences, Moscow, 14-17 November 2018. See full programme (in Russian).

Films I am waiting for you by Paloma Yanez Serrano and Benjamin Llorens Rocamora of the of The Big Tree Collective, and HiKifakCaVa by Professor Paul Cooke are featured at the Language and Identity: Explorations Through Film mini festival (screenings and discussion with filmmakers), The former Cornerhouse, Manchester.

Dr Abir Hamdar presents her Performing Arab Cancer project at the New Directions in Qualitative Health Research: From Patient Experiences to Participatory Action Research Conference, organised by DIPEx International at the University Medical Center in Groningen, Netherlands. A screening of her short film 'I am Waiting for You' (dir. Soha Choucair & Lina Abyad), follows the presentation.

Dr Konstantin Zamyatin presents on 'Russian Political Regime Change and Strategies of Diversity Management: From a Multinational Federation towards a Nation-State' at the 18th Annual Aleksanteri Conference, University of Helsinki.

Dr Guzel Yusupova presents on 'Connective Action Advancing (Inter-)Ethnic Solidarity: Resistance to the Demotion of Minority Languages in Russia' at the 'Urban Activism and the Development of Civil Society in the Russian Federation' conference, Indiana University Global Gateway Network, Berlin.

Dr Konstantin Zamyatin presents on 'The Right to Native Language Teaching and the Free Choice of Language Teaching in Russia' at the conference 'Fulfilling Indigenous Peoples’ and Minority Rights to Culture and Language', Senate House, University of London.

Andy Byford and Juline Beaujouan contribute to the CrossLangDyn workshop 'Languages, Community and Area Studies: Reflections on Concepts and Delivery', organized by Stephen Hutchings and Yaron Matras in Manchester.

Dr Polina Kliuchnikova presents paper 'Voices on the Move: Narratives of Mobility and (Trans)Linguistic Performance of Post-Soviet Migrants in Russia’s Urban Environments' at the 3rd International Conference on the Sociolinguistics of Immigration, Sestri Levante (organised by the University of Turin).

Professor Paul Cooke runs a Planning and Training Workshop with the British Council and UMAM Documentation and Research at the Issam Fares Institute, American University of Beirut as part of his Digital Subaltern project.

Dr Guzel Yusupova publishes op-ed titled 'Russia is Cracking Down on Minority Languages – But a Resistance Movement is Growing' in The Conversation. See also the republished version on the Durham University website.

Researchers affiliated with the CrossLangDyn Transnational Strand give papers at the 2nd International Conference on Sociolinguistics (ICS.2), Budapest (organised by Eötvös Loránd University). Professor Lara Ryazanova-Clarke presents on 'Discourses of Russophone Cultural Activists in the UK', Dr Polina Kliuchnikova on 'Discourses on Language Proficiency and Performance Among FSU Migrants in Russian Cities' and Dr Konstantin Zamyatin on 'Revivalist Policy Impact in the Finno-Ugric Republics of Russia'.

Student policy papers (by Kamila Godzinska, Arina Kalyavina and Gala Perkins), produced as part of the Nation-building in Contemporary Russia course, run by Dr Guzel Yusupova, have been published.

Juline Beaujouan publishes a two-part paper on the effects of the Syrian conflict and the problem of Syrian refugees in Jordan (Part I) and Lebanon (Part II). These reports are based on her recent HEFCE-funded fieldwork in the region.

Dr Abir Hamdar awarded the Durham University Impact Award for her project Performing Cancer in the Middle East based around the performance of her play 'I am waiting for you' (ÙˆØµÙÙˆÙ„ÙŠ Ø§Ù„ØµØ¨Ø±).

Dr Konstantin Zamyatin publishes blog post on 'Minority Language Education in Russia: Enforcing the Voluntary Teaching of Non-Russian Languages' for the International Centre for Ethnic and Linguistic Diversity Studies, Prague, Czechia. The same paper was presented in Russian at the conference on ‘Principles of Teaching Native Languages and State Languages of Republics of the Russian Federation’, Institute of History, Tatarstan Academy of Sciences, Kazan, Russian Federation on 11 July 2018. 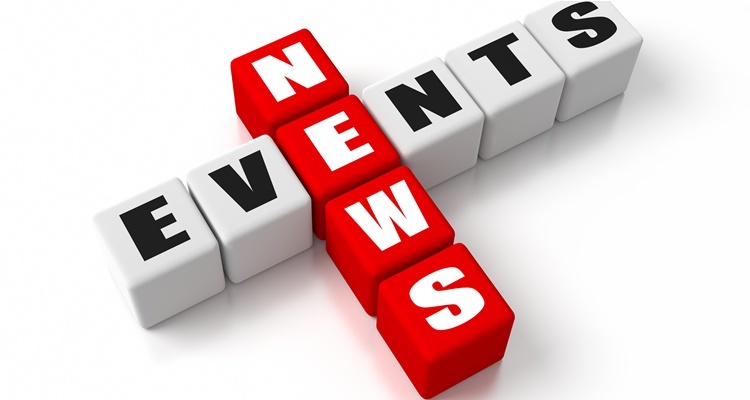