Dr Abir Hamdar’s ongoing ethnographic research has become the basis for a video installation which was directed by Lebanese film-maker Dima al-Ansari and exhibited on 4-7 February 2020 at the Naef K. Basile Cancer Institute (NKBCI) of the American University of Beirut Medical Centre to mark World Cancer Day (4 Feb). This installation re-presented and re-staged extracts from the original script of I am Waiting for You to focus on the specific trope of female hair loss during cancer treatment.

The installation was accompanied by a live performance of a new ethnodrama (a monologue), written by Hamdar and directed by Lebanese theatre director Lina Abyad. The live performance similarly explored female hair loss following cancer treatment, but from the perspective of male family members. The live performance drew on the initial qualitative data collected on Arab women’s cancer experiences, observation field notes during and after the performances of I am Waiting for You, as well as testimonies written by audience members after each performance.

Both the video installation and the live performance, which premiered simultaneously at NKBCI, are entitled ‘Hair Talk’. 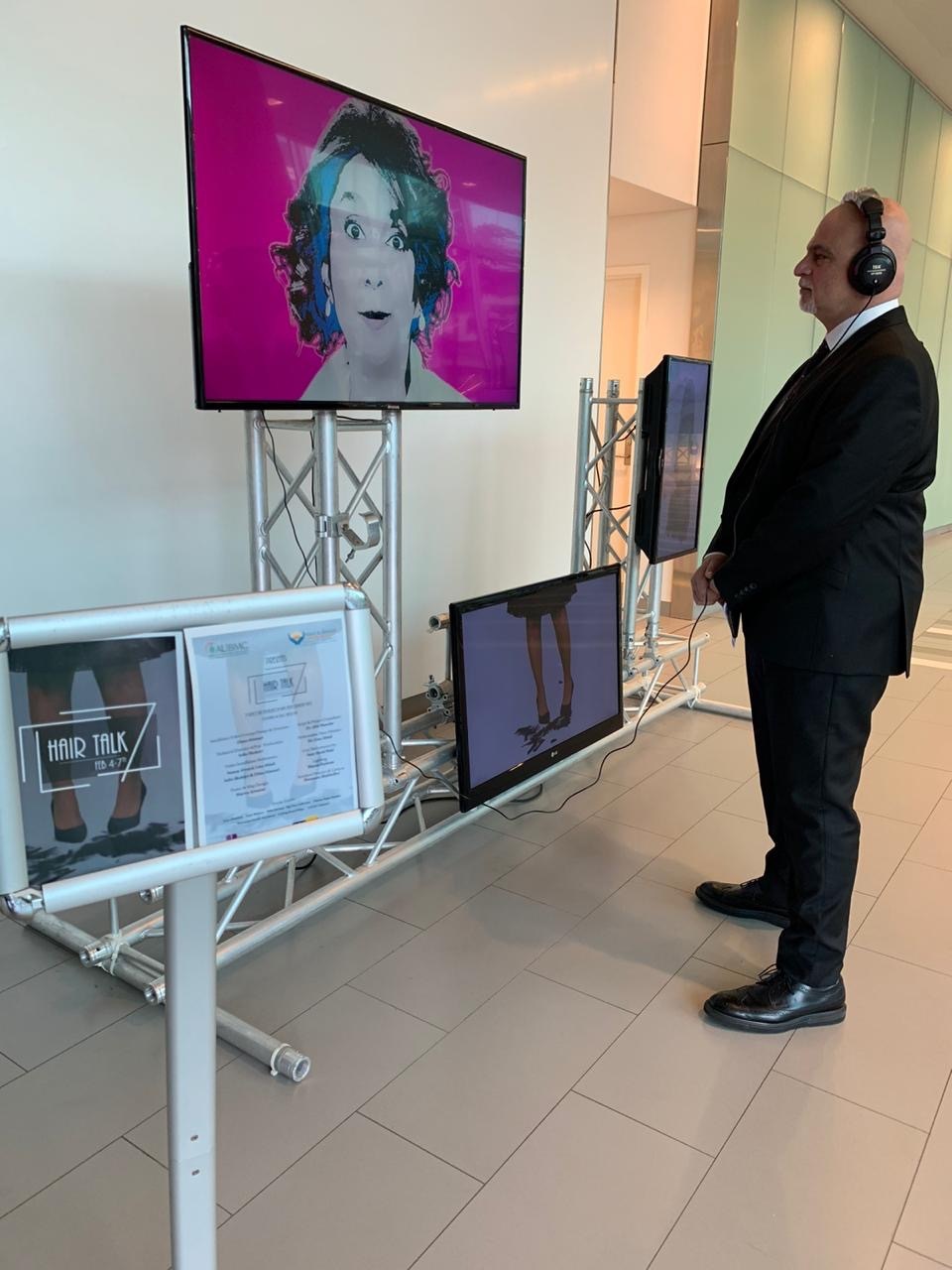