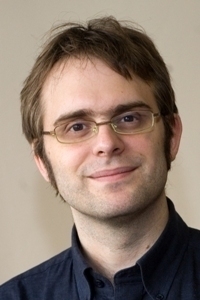 Simon Mills is an ethnomusicologist specialising in Korean music, music’s roles in ritual and healing contexts, systems of musical representation (terminology and notation systems), musical analysis (especially of rhythm), performance theory, and musical instruments and their classification. His main area of expertise is Korean shaman music, which he has researched extensively in the field, working with both charismatic and non-charismatic ritualists. His PhD research, based at the School of Oriental and African Studies (University of London), focused on the ritual percussion music of South Korea’s East Coast hereditary shamans, and this is also the topic of his book Healing Rhythms (Ashgate 2007).

Other publications by Dr. Mills include various articles about Korean shaman ritual music, several articles exploring other facets of Korean music (in particular, techno-culture and globalisation), and two edited volumes (for the journals Musike and Mortality). Dr. Mills has also published within the field of music education for the journal Classroom Music (2005) and has worked as editor for Musical Terms Worldwide by Jan Laurens Hartong (Semar 2006). In addition, working as a musical transcriber and analyst, he has provided material for ‘Ritual, Music and Life in Tamu Shamanism’ (working with Keith Howard and Yarjung Krōmchaī Tamu, Semar 2006) and for an interactive DVD about Nigerian ritual dance, Batabade: A Codification of Bata (SOASIS 2007). He is currently active as a member of the British Forum for Ethnomusicology, and regularly presents papers at their conferences. In 2010-2011, he worked with Dr. Sunghee Park on a project studying the musical life on the remote Korean island of Ulleungdo, funded by the AKS (Academy of Korean Studies). From 2013-14, he conducted another AKS-funded project together with Dr Park, researching the formation and expression of personal style in Korean shaman music.

As a keen adherent of the ‘bi-musicality’ approach to ethnomusicology – acquiring knowledge of another’s music through practical learning – Simon Mills has devoted much time to learning, teaching, and performing Korean music, in particular the hourglass drum (changgo), hand gong (kkwaenggwari), and end-blown bamboo flute (tanso), He has performed lecture-demonstrations in a variety of venues around the UK, in Holland, and Korea. He is a keen member of the Durham Gamelan Group, which has recently performed in the Sage (Gateshead), Carlisle Cathedral, and many other venues.