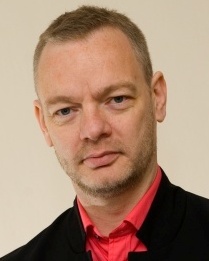 Since 1993 Richard Rijnvos concentrates on the realisation of compositions that are part of larger series. Between 1995 and 2000 he created the eighty-minute cycle Block Beuys. Modelled on the Darmstadt collection with the same name, which consists of objects by the German visual artist Joseph Beuys, he dedicated a piece of music to each of its seven rooms. Late 2008 Richard Rijnvos completed Uptown|Downtown, thought of as an evening-long dance production in six movements about urban life in New York City. This metropolitan panorama includes the award-winning NYConcerto as well as the triptych Manhattan Square Dances. Another cycle of works dedicated to an enthralling city is la Serenissima, in which we encounter the lesser-known, often dark sides of Venice. Currently comprising over five pieces, more works are to be included in years to come. In 2007 the composer started a new series-in-progress called Riflessi, which consists exclusively of companion pieces: each Riflesso explores the same non-standard scoring of an existing classic from the past. And last but not least: Grand Atlas, a cycle started in 2011, in which each of the seven world continents is depicted in an orchestral composition. Completed so far are Amérique du Nord, Asie and Antarctique.

Richard Rijnvos has received many high-profile commissions from eminent performing groups such as the Royal Concertgebouw Orchestra and Ensemble Intercontemporain. His compositions have been featured in leading international festivals and have received performances all over the world by ensembles that include the BBC Symphony Orchestra, the BBC Scottish Symphony Orchestra, Brussels Philharmonic, Deutsches Symphonie-Orchester Berlin, Orquestra Sinfônica do Estado de São Paulo (Brazil), Gyeonggi Philharmonic Orchestra (South Korea), and many others. In September 2011 Richard Rijnvos started a long-term residency with the Royal Concertgebouw Orchestra.

He has been the recipient of several awards, including the Perspektief Prize in 1989 and the Matthijs Vermeulen Prize from the City of Amsterdam in 2000, the most prestigious award for composers working in the Netherlands. Last year an international jury voted his NYConcerto ‘the best composition premiered in the Netherlands in the year 2007’ and it subsequently received the Buma Toonzetters Award. In June 2011 Richard Rijnvos was awarded the Matthijs Vermeulen Prize for the second time, on this occasion for the song cycle Die Kammersängerin.

In October 2009 Richard Rijnvos was appointed Head of Composition in the Music Department of Durham University. He was awarded a Higher Doctorate from the same UK institution in June 2012, and holds a Chair in Composition since 2014.

Richard Rijnvos has composed over 40 major works. A full catalogue of his compositions, multimedia works and recordings can be viewed at http://www.richardrijnvos.com.