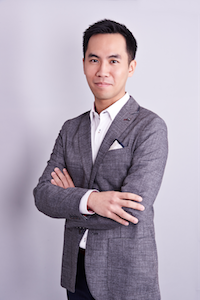 Member of the Department of Music

Kelvin Lee is currently a PhD candidate in musicology at Durham University, where he works under the supervision of Professor Julian Horton. His research focuses on the analysis and history of symphonic music in the long nineteenth century, with special interests in the analysis of sonata form, the theory of tonality, the history of music theory, fin-de-siècle modernism and global approaches to music history, theory and analysis. Situated at the intersection between music theory and the history of ideas, Kelvin's doctoral thesis scrutinises the analytical implications of dialectical thought and addresses the impact of chromatic tonality on formal syntax in fin-de-siècle Viennese symphonic repertoire. His forthcoming publications include journal articles in Music Analysis and Musurgia, a book chapter in Nikolai Medtner: Music, Aesthetics, and Contexts (Hildesheim: Georg Olms Verlag), and a book review in Notes. Kelvin's article, 'Rethinking the Symphonic Poem: Dialectical Form, Sequential Dissonances and the Chord of Fate in Schoenberg's Pelleas und Melisande', won the 25th Anniversary Prize of the journal Musurgia. He was also awarded the Society for Music Analysis Theory and Analysis Graduate Student Prize in 2018. Kelvin has given papers at international conferences including Society for Music Analysis Annual Conferences, Society for Music Theory Annual Meeting, Royal Musical Association Annual Conferences and International Musicological Society Intercongressional Symposium, among others. He is Chair of the Society for Music Analysis Formal Theory Study Group

Kelvin also pursues a parallel career as a conductor. In Europe and the UK, he has worked with North Czech Philharmonic (Czech Republic), Argovia Philharmonic (Switzerland), St Petersburg State Symphony Orchestra (Russia), Dohnányi Orchestra Budafok (Hungary), Savaria Symphony Orchestra (Hungary), Orchestra Magna Grecia (Italy), Bucharest Symphony Orchestra (Romania), Pazardzhik Symphony Orchestra (Bulgaria), Glasperlenspiel Sinfonietta (Estonia), Lemberg Sinfonietta (Ukraine), Chamber Ensemble of Cadaqués Orchestra (Spain) and Chimera Ensemble (UK), among others, and has performed in venues such as Musikverein Vienna, Municipal House Prague, Pesti Vigadó Budapest and Lviv Philharmonie. From 2013 to 2015 Kelvin was the first Music Director of Shun Hing College Schola Cantorum (Hong Kong). Under his leadership, the Schola Cantorum won the Third Prize in the fifth International World Peace Choral Festival (Austria), during which they also performed at the United Nations Office in support of the first World Day Against Trafficking in Persons. In 2017 Kelvin was invited to the prestigious Cadaqués Orchestra International Conducting Competition (Spain), for which he was selected out of over 300 applicants from more than 50 countries. In 2018 he was appointed as a visiting conductor at the Northwest School of Music (China), where he holds workshops for its symphony and wind orchestras.

Kelvin received his BA (Hons) in music and MPhil in musicology from the University of Hong Kong, and an MA in conducting with distinction from the University of York. He studied conducting in York with Dr John Stringer and subsequently in London with Denise Ham. He has also received guidance from Kristjan Järvi, Mark Wigglesworth, Richard Farnes and Christopher Seaman. He is an Associate Fellow of the Higher Education Academy.