Following the recent ‘sonic turn’ across the social sciences (e.g. Atkinson 2007, Dillane et al. 2015, Saldanha 2002, Samuels et al. 2010) which addresses the production and consumption of sonic environments, marketing researchers have also begun to show interest in sound, primarily music, where it intersects with markets, marketing and consumption (e.g. O’Reilly et al. 2013). This study extends the concept of sonic ecology (Atkinson 2007) as an ‘active ingredient’ in and ‘work space’ for social life (De Nora 2011) and human subjectivity by drawing on the concept of creolization to account for the mixing of inherited and new cultural forms. The aim of our study is to investigate how creolized sonic ecologies hail people alternately and simultaneously as consumers, tourists, and music fans on the streets of New Orleans. Such issues are made all the more complex in the context of New Orleans, a city characterized by creole urbanism (Wagner 2006) that is grounded in a culture of assimilation and diversity. Such assimilation and diversity are very evident in the city’s soundscape as live and piped-in music battle for attention with the ever-present party sounds on Bourbon Street and jazz and blues rhythms on Frenchmen Street. Indeed, music and sound are pivotal to the positioning, promotion and even disneyfication of New Orleans (Atkinson 1997; Vesey and Dimanche 2003; Souther 2007). The research combines photography, mapping and sound recordings to produce a representation of the New Orleans’ sonic ecology that describes the sonic relation between space and various consumer subjectivities. 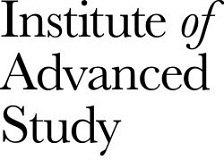