The Study of British Music at Durham

The study of nineteenth- and twentieth-century British and Irish music has been a major focus of research at Durham for over 20 years. A subject that has gained major research momentum over the last three decades, this formerly neglected area has attracted many undergraduate and postgraduate students to the university to study with recognised specialists such as Professor Jeremy Dibble, Professor Julian Horton, Professor Bennett Zon and Dr Patrick Zuk.

Over the last twenty years, research in this area has attracted research students to look at a wide range of topics, be they historical or analytical. These include studies of the following, their music and context:

The study of English church music also forms a major part of this wider field of study in which Durham University, with its strong choral tradition, is well placed with its tradition of Durham Cathedral, the chapel choirs and many choirs that sing services and give concerts within the university. Among the subjects that have formed the focus of research in the Music Department are:

In 2007 a major AHRC research grant was acquired by Professor Dibble and Dr Zuk to study the music of Irish composers between 1890 and 1990. This contributed to an important series of monographs on key Irish composers such as Aloys Fleischmann (Seamus de Barra), Raymond Deane (Patrick Zuk), Michele Esposito (Jeremy Dibble), Seóirse Bodley (John Buckley) and Hamilton Harty (Jeremy Dibble) and to the first international conference on Irish composers and Irish art music at Durham University in June 2010.

One of the key activities of Professor Dibble has been the promulgation of his research through live performances, broadcasts and CD recordings. This has involved working closely with conductors, professional performers, commercial recording companies and the BBC in the creation of performing editions, orchestrations, repertoire programming, the provision of booklet notes, broadcast talks and public lectures. Recent work has included the making of a documentary film with HRH the Prince of Wales on the life and music of Sir Hubert Parry in 2011 with the eminent producer John Bridcut (https://www.dur.ac.uk/news/newsitem/?itemno=12149 and http://www.dailymail.co.uk/femail/article-1388388/A-stirring-hymn-resounded-William-Kate-signed-register-new-film-Prince-Wales-reveals-story-man-it.html) and consultation with the historian Dr David Starkey on the fourth episode of his 'Music and Monarchy' series for BBC4.

Professor Dibble has collaborated in over 60 commercial CD recordings with most of the major British recording companies including labels such as Hyperion, Chandos, Regent, SOMM, EMI and Priory. Recent activities include a project with the students of Durham University to perform Charles Villiers Stanford's Violin Concerto No. 2 in G minor. This involved the orchestration by Professor Dibble of the extant piano score of Stanford's manuscript which was then performed publically for the first time in Durham Cathedral (March 2011) by the Durham University Orchestral Society conducted by Calum Zuckert (see http://www.gramophone.co.uk/classical-music-news/stanford-concerto-orchestration-to-be-premiered) supported by the Stanford Society (http://www.thestanfordsociety.org/). The work has now been recorded for the first by the BBC Concert Orchestra conducted by Owen Arwel Hughes (http://www.gramophone.co.uk/review/stanford-milford-violin-concertos). Other recent projects include the recording of Parry's complete English Lyrics (with SOMM), Stanford's complete organ works (Priory) and English nineteenth-century madrigals (Hyperion), Stanford's Stabat Mater (Naxos) and a cappella music of John Ireland and E. J. Moeran (Naxos). 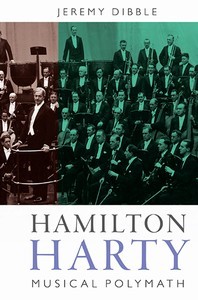 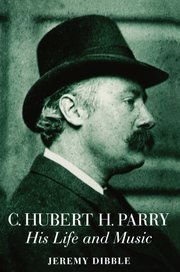 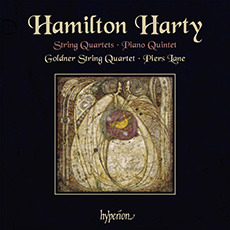 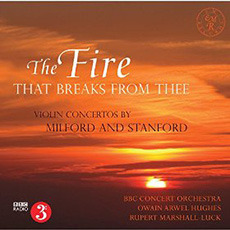 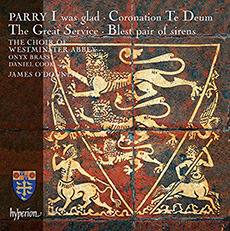