Studying Performance at Durham University means studying in an environment that is both incredibly rich in history and at the same time very much forward-looking. Our teaching staff have a number of strong research specialisms, working in areas as diverse as Renaissance performance practice, nineteenth-century piano performance, organ studies, contemporary music performance, and projects bringing together contemporary music and contemporary visual arts, working with other institutions and notable artists from all over the world. Furthermore they have active lives as performers, playing on internationally renowned podia, as soloists and with leading ensembles.

There are regular workshops and masterclasses by leading experts in early and contemporary music performance, and students are actively encouraged to participate in the many music societies that are active within the University, such as opera companies, orchestras, the big band, early music groups, new music groups and world music ensembles. Recent guest artists have included Dame Emma Kirkby, Caroline Balding, Zubin Kanga, Philip Thomas, Richard Craig, Seth Parker Woods, Jacob Heringman, the Ives Ensemble, the Brodsky String Quartet, The Clerks, and of course our Chancellor, Sir Thomas Allen. The Department has its own concert series, MUSICON, where important international soloists and ensembles perform in a diverse range of styles, both western and non-western. The Music Department boasts a historic Concert Room with two concert grand pianos, dedicated professional recording studio facilities for sound analysis and music recording, a computer lab with all the necessary software for musical data analysis, notation, editing, and more.

Early music is also an integral part of music making at Durham. The performance of early music flourishes at Durham. We have an ever-growing collection of historical instruments including a consort of viols, a set of Renaissance recorders, Baroque string instruments, two harpsichords (single and double Flemish), a continuo (portative) organ, a set of sackbuts (early trombones) and more. 2014/15 concert highlights include a lute song workshop and concert with Dame Emma Kirby, Jacob Heringman and Hector Sequera and a production of Emilio de Cavalieri’s Rappresentatione di Anima et di Corpo (the first Italian Opera from the year 1600) under the artistic direction of Andrew Lawrence-King. We also had a workshop on the medieval Conductus with the participation of Professor Mark Everist and the Conductus ensemble (John Potter, Christopher O’Gorman and Rogers Covey-Crump). In addition to the large early music productions, there are various small ensembles in the Department such as a one-to-a-part singing group, a viol consort, a recorder consort, and other chamber music opportunities from within the Department of Music. We can provide tuition on viols (Susanna Pell), Baroque cello (Deborah Thorne), various types of lutes (Jacob Heringman and Hector Sequera), voice (various staff), and other instruments upon request.

John Snijders is Head of Music Performance and teaches performance at undergraduate and postgraduate level, both in general and specialised modules. He is the founder, artistic director and pianist of the world-renowned, Amsterdam-based Ives Ensemble, a group specialising in non-conducted contemporary chamber music. He is also a member of Ensemble7Bridges and E7B Soundlab. His research interests focus on (piano) performance practice in the 19th century, the American avant-garde, especially Morton Feldman and John Cage, music of extended duration, establishing connections between contemporary music and contemporary visual arts, and sound art.

Hector Sequera is active as a performer of early chordophones of the lute family and as a musicologist. His research focuses on sixteenth-century performance practice issues as they relate to wider social and historical events. His current work deals with music in English domestic circles, especially the Catholic families and their connections to the continent. Other interests include work on the Italian Frottola and the oral tradition that predated it. More broadly, Hector is interested in source studies, aspects of Renaissance music theory and analysis, and cross-fertilisation of musical practices within Europe. 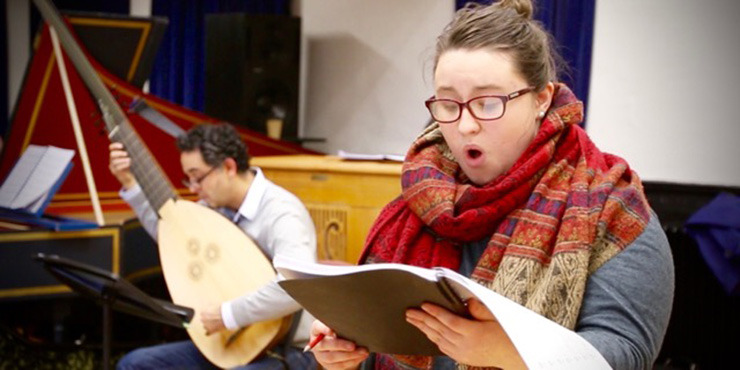 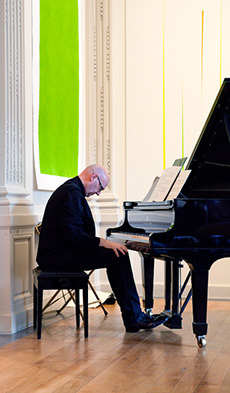