Durham’s Music Department houses one of the largest and longest-established ethnomusicological centres in the UK, with unusually diverse staff expertise covering the following research areas: performance, musical entrainment (coordination) and interaction, music and hybridity in diaspora, audio-visual fieldwork documentation, rhythmic analysis, empirical musicology, music in shamanic and other religious ritual contexts, musical semiotics, the history of ethnomusicology and comparative musicology, Indian classical music and Korean music. Our research projects employ a wide range of methods, both traditional and ground-breaking; many are characterised by their interdisciplinarity and involve collaboration with disciplines such as anthropology, theology and religion, or psychology. Staff and research students have carried out research in India, Korea, China, south-east Asia, Africa, South America and Europe.

Facilities at Durham include professional-level audio-visual recording and editing equipment (which we will train you to use as appropriate), as well as access to the Faculty’s Postgraduate Centre and the Department’s own postgraduate room and dedicated facilities. Ethnomusicological discussion and debate takes place both in the context of MA modules and supervisions, in seminars with invited speakers, and in student-led reading groups. Research students are encouraged to develop a range of professional competences while completing their degrees, gaining experience in presenting conference papers, and in many cases teaching experience and accredited training in university teaching, so that they are fully prepared for academic careers. A range of support is available for field work and other expenses such as travel to conferences. Postgraduates are encouraged to join our ensembles (including a Javanese gamelan group and Korean percussion ensemble), and to make the most of events in our professional concert series Musicon, which regularly includes East and South Asian music concerts.

During my time here at Durham, the music department as a whole and my supervisors in particular have provided the support and guidance necessary for me to succeed in my PhD research on gesture in South Indian music pedagogy. While here, I have had two journal articles accepted for publication, presented papers at major international conferences in Europe and the US, developed my technical skills, and gained work experience teaching in the department. Highlights of my studies have included winning the Martin Hatch Prize for best student paper on Asian Music at the Society for Ethnomusicology annual meeting, and having a paper accepted for publication in the journal Music Analysis. None of this could have been achieved without the support I received in the course of my research.

Dr Simon Mills specialises in Korean music, music’s roles in ritual and healing contexts, systems of musical representation (terminology and notation systems), musical analysis (especially of rhythm), performance theory, and musical instruments and their classification. His main area of expertise is Korean shaman music, which he has researched extensively in the field, working with both charismatic and non-charismatic ritualists. His PhD research, based at the School of Oriental and African Studies (University of London), focused on the ritual percussion music of South Korea’s East Coast hereditary shamans, and this is also the topic of his book Healing Rhythms (Ashgate 2007).

Dr Laura Leante’s research interests range over North Indian classical and folk music, music of the South Asian diaspora, performance analysis, music and globalisation, popular music, and music semiotics. Her PhD (University of Rome) focussed on British Asian repertories. For the past few years, she has been working on processes of signification in the performance of North Indian classical music, directing a number of projects, including the AHRC-funded "The Reception of Performance in North Indian Classical Music" and, more recently, “Khyal: music and Imagination”. 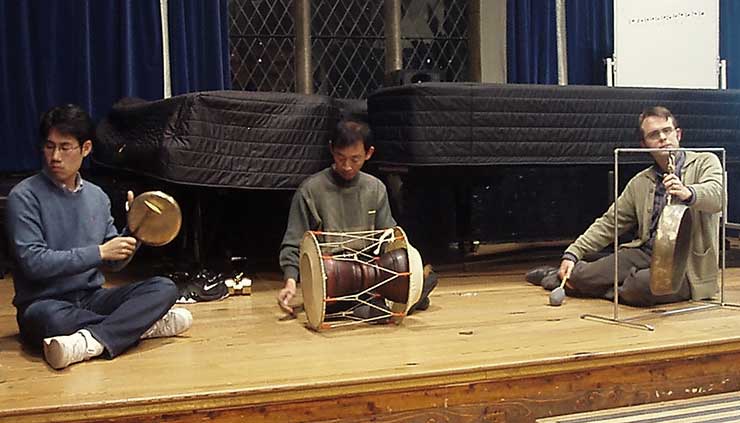 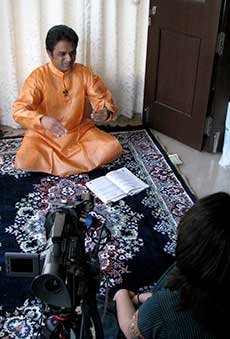 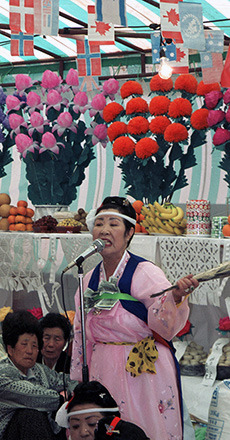 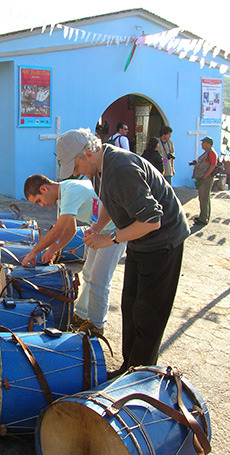