Mediated listening and acts of terror in Xinjiang

In the Xinjiang region of China, the consumption and sharing of religious media has become one of the principal “signs of extremism” which can condemn Uyghurs and other Muslim minorities to indefinite detention in a re-education camp. In a discourse which in many ways echoes Western narratives around radicalization (Kundnani 2012), Chinese officials depict Islam as a dangerous virus which must be cured before those infected embark on the road towards extremist violence. Within this discourse, one of the key sources of infection is the practice of listening to religious media which penetrates the boundaries of state territory from the “sensitive regions” of the Middle East.

How might we counter these narratives of terrorism through alternative ways of reading the circulation and consumption of religious sounds in this region? In this paper I focus on practices of listening to and reciting the Qur’an among Uyghurs in Xinjiang. I highlight the complexity of the interactions between local systems of meaning and experience and global forms of religious transformation. What does it mean when a rural Uyghur woman, conducting a Sufi-inflected ritual, imitates the recitation style promoted by Wahhabi preachers who are strongly, even violently opposed to Sufi practices? I argue that when new ways of reciting the Qur’an displace local styles they usher in a new set of dispositions—embodied responses to sound, and processes of subject-formation—which underpin the creation of new publics, and it is this potential challenge which has proved so alarming the state.

Rachel Harris is Professor of Ethnomusicology at SOAS, University of London. Her research focuses on musical life in China's Muslim borderlands. She led the Leverhulme Research Project ‘Sounding Islam in China’ (2014-2017) and is now working with Turan University in Kazakhstan on a British Academy Sustainable Development Project to revitalise Uyghur cultural heritage in the diaspora. Her new monograph, Soundscapes of Uyghur Islam, will be published by Indiana University Press in autumn 2020. 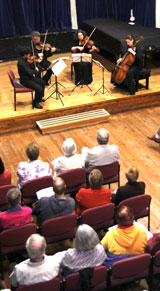 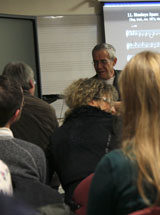