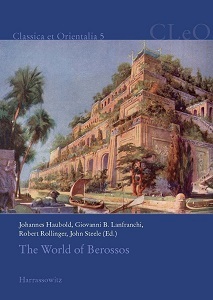 Berossos was a priest and historian from Babylon. A contemporary of Alexander the Great and the first Seleucid kings, he wrote a history of the world in Greek and for a Greek audience, but articulating his Babylonian perspective: he told Greek conquerors about the culture they had conquered. The Babyloniaca, as the work was probably called, was influential through the ages: in antiquity, it was quoted directly or indirectly by such diverse thinkers as Alexander Polyhistor and Eusebius. The text was lost in the middle ages but continued to be read in fragments and paraphrases. When the fragments were reassembled (and indeed forged) in the Renaissance, Berossos found himself at the heart of crucial debates about authenticity, scholarship and the shape of divine and human history. This edited volume, the first ever devoted to Berossos and his work, brings together leading scholars from a range of academic disciplines, including Classics, Assyriology, Iranology, Ancient History, Patristics, the History of Science and Renaissance Studies, to reassess the life, work and reception of one of the most fascinating and elusive figures in antiquity. The picture which emerges speaks powerfully of the enduring links between the classical world and the Ancient Near East; links which have profoundly shaped the development of European literature, culture and thought. 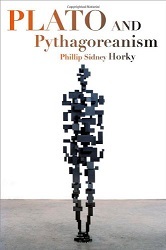 Was Plato a Pythagorean? Plato's students and earliest critics thought so, but scholars since the 19th century have been more skeptical. In Plato and Pythagoreanism, Phillip Sidney Horky argues that a specific type of Pythagorean philosophy, called "mathematical" Pythagoreanism, exercised a decisive influence on fundamental aspects of Plato's philosophy. The progenitor of mathematical Pythagoreanism was the infamous Pythagorean heretic and political revolutionary Hippasus of Metapontum, a student of Pythagoras who is credited with experiments in harmonics that led to innovations in mathematics. The innovations of Hippasus and other mathematical Pythagoreans from Southern Italy and Sicily, including Empedocles of Agrigentum, Epicharmus of Syracuse, Philolaus of Croton, and Archytas of Tarentum, presented philosophers like Plato with new approaches to science that sought to reconcile empirical knowledge with abstract mathematical theories. 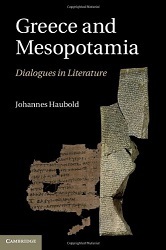 This book proposes a new approach to the study of ancient Greek and Mesopotamian literature. Ranging from Homer and Gilgamesh to Herodotus and the Babylonian-Greek author Berossos, it paints a picture of two literary cultures that, over the course of time, became profoundly entwined. Along the way, the book addresses many questions of crucial importance to the student of the ancient world: how did the literature of Greece relate to that of its eastern neighbours? What did ancient readers from different cultures think it meant to be human? Who invented the writing of universal history as we know it? How did the Greeks come to divide the world into Greeks and 'barbarians', and what happened when they came to live alongside those 'barbarians' after the conquests of Alexander the Great? In addressing these questions, the book draws on cutting-edge research in comparative literature, postcolonial studies and archive theory. 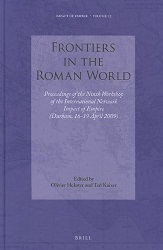 Frontiers of the Roman World

Proceedings of the Ninth Workshop of the International Network Impact of Empire (Durham, 16-19 April 2009)

This volume presents the proceedings of the ninth workshop of the international network ‘Impact of Empire’, which concentrates on the history of the Roman Empire and brings together ancient historians, archaeologists, classicists and specialists on Roman law from some thirty European, North American and Australian universities. This volume focuses on different ways in which the Roman Empire created, changed and influenced (perceptions of) frontiers. The volume is divided into five larger sections: the meaning of 'frontiers', consequences of frontiers, religious frontiers, shifting frontiers and crossing 'frontiers'. In this way, the volume pays attention to different kind of ‘frontiers’ within the Roman Empire, and to their importance for the functioning of the Roman Empire over a longer period of time.

The Phoenicians played a fundamental role in shaping the history of the Mediterranean. Lauded by Homer as unrivalled navigators and traders, they are known to have founded colonies across the length of North Africa and into Southern Spain, yet as a people they have often remained an enigma. This introduction aims to unravel some of the mysteries surrounding this ancient culture. Presenting the latest research and archaeological discoveries, it explores the social, political, economic and ecological changes that occurred in Phoenicia between the Early Bronze Age and the start of the Hellenistic era. Phoenician government and society, agriculture and economy, trade and colonisation, warfare, religion, and art and architecture are all discussed in order to illustrate the character and achievements of this vibrant civilisation, which was able to maintain its unique identity and culture in the face of external threats from states such as Egypt, Assyria, Babylon and Persia. 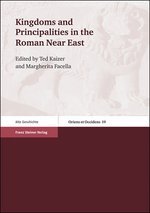 Kingdoms and Principalities in the Roman Near East

This collection of studies is devoted to the multifarious relations that the Roman empire maintained with the kings and princes of the Near Eastern lands. Building on an outlook on their royal and princely realms from both the Roman and the Parthian point of view, individual papers focus on the specifics of different areas and themes through a set of updated regional studies. Themes include Roman citizenship, the coinage issued by the 'client kings', royal religious ideology, and the reflection on friendly relations between empire and kingdoms in poetry. Five case-studies of individual regions, including late-Ptolemaic Egypt, post-Mithridatic Pontus, Commagene, Emesa, and Edessa, show how the available evidence creates different impressions of their relations with Rome. The absence of royalty at Palmyra is viewed as a variation to 'client kingship', and the world of the nomadic confederations as an alternative.